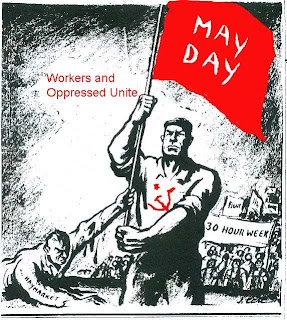 Did they already have the Big Quake, and is California broken off and drifting out to sea? Is that state still part of America?

Last week the California Legislature narrowly voted down a bill to drop George Washington’s birthday or Abraham Lincoln’s birthday as a paid state holiday and replace it with “International Workers Day”–the traditional communist/socialist “May Day.” But the bill did make it through committee and is on the docket for another vote soon. Maybe this time they can push it through.

If you actually need to tell anyone that communism has ever been anything but a pure disaster, you might as well save your breath. No point arguing with a stone.

Gee, I wonder if “International Workers Day” is gonna be part of that big Blue Wave that’s supposed to sweep these left-wing loons back into power over our country.

Pray that doesn’t happen: and work to stop it.

12 comments on “Is California Still Here?”