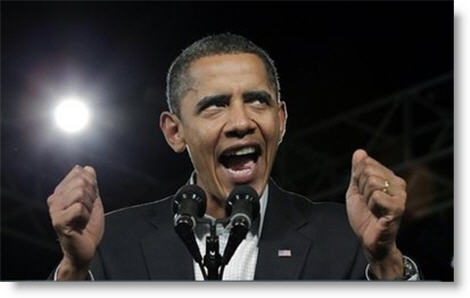 You’d think eight interminable years of President *Batteries Not Included would have been enough for anybody, but Democrat ex-presidents never shut up and go away. Now Mr. and Mrs. Obama have struck a deal with Netflix to “produce stories” and “heal the political divide” in America (http://www.breitbart.com/big-hollywood/2018/05/24/obama-wants-netflix-projects-to-ease-americas-political-divide/). By calling everybody but liberals “bitter clingers,” as he once did?

Some of Netflix’s customers are, shall we say, unhappy with this and have threatened to cancel their subscriptions.

The purpose of the “stories,” the worst president ever said, is to “train the next generation of leaders.” Heaven forbid: that kind of leadership, no country needs. Where would such leaders take us? More “fundamental transformation”?

What’s deeply offensive is the Obamas and Netflix striking a pose of nonpartisanship. The CEO of Netflix endorsed Hillary Clinton, who refers to normal Americans as “deplorables,” and warned that unless we elected The Smartest Woman Ever, Donald Trump would “destroy America.”

But open borders, spying on your political rivals, politicizing the agencies of government that everybody has to pay for, “gay marriage” and transgenderism taught in grade school, and making it a crime to question Global Warming… won’t?

If there were just some way to get this guy out of our hair!