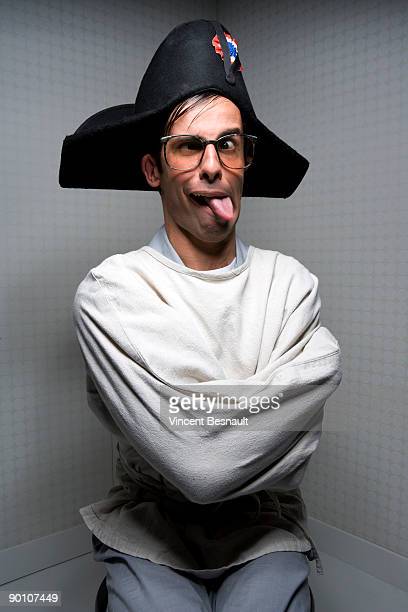 If he says he’s Napoleon, does that make him Napoleon?

Is there any way to save our mother country, Britain? Or are they too far gone?

A booklet put out by Public Health England urges men who say they’re women–“trans women”–to get cervical smear tests for cancer even though these mentally ill men don’t have a cervix (https://www.thesun.co.uk/news/5341098/men-who-identify-as-women-are-invited-for-cervical-smear-without-a-cervix/).

This is a waste of limited medical resources. While doctors are checking for cervical cancer in wackos who don’t have a cervix, the booklet goes on to say that women who say they’re men–who do have a cervix, unless they’ve mislaid it–should not be offered breast screenings and cervical cancer checks in case it offends them.

For the record, and because we have an obligation to speak the truth, there is no such thing as a “trans person.” There are only mentally ill persons who say they’re something they’re not.

But now in Merrie England, where the National Health just might be running short of money, they’re going to fritter away doctors’ time and expertise, and time and space in medical facilities, checking men for cervical cancer just because these profoundly disturbed men insist they’re women–

And someone’s going to die because no doctor was available to give him or her a medical procedure when he or she needed it, because the doctor was busy checking a man for cervical cancer.

It has to stop. And we had better stop it before God does.