Really, if the Jackalope Isn’t Real… 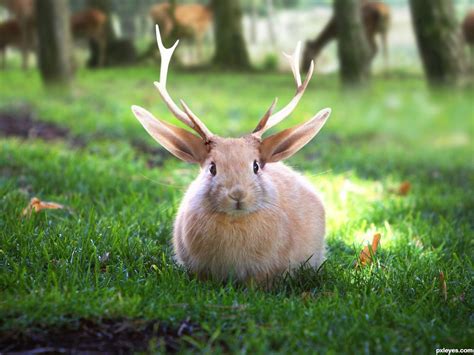 As long as we’re talking alternate reality, I simply must put in a word for the jackalope.

Skeptics say the jackalope’s not real–but pictures don’t lie! Jackalopes proliferate–am I allowed to use that word? it looks a lot like “pro-life”–during periods of Global Warming and Hate Speech, thriving on Income Inequality, Nationalism, and Transphobia. This is settled science, so everybody just shut up about it.

I think I might have seen one at our supermarket this morning, just as it ducked out of sight near the Easter candy display. Then again, it might have just been a store employee tidying the shelves.

I have lived in Metuchen, NJ, all my life. I have been married to my wife Patricia since 1977. I am a former newspaper editor and reporter. I was also the owner-operator of my own small business for several years. I wrote various novels and short stories published during 1980s and 1990s. I am a long-time student of judo and Japanese swordsmanship (kenjutsu). I also play chess, basketball, and military and sports simulations. END_OF_DOCUMENT_TOKEN_TO_BE_REPLACED
This entry was posted on Friday, February 22nd, 2019 at 3:29 pm and tagged with general silliness, global warming and transphobia, jackalope, settled science, silly science and posted in Just for Fun, strange events. You can follow any responses to this entry through the RSS 2.0 feed.
« ‘Alternate Reality Gaming’–in Spades
Attack of the Sleepy Kittens! »

8 responses to “Really, if the Jackalope Isn’t Real…”