An Important Announcement from Byron the Quokka: Bell Mountain Trivia 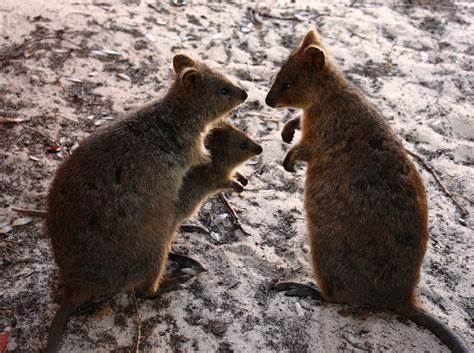 G’day! That picture up there shows Aunt Feezie, Uncle Jeff, and Cousin Ethelred playing Bell Mountain trivia. We quokkas can’t ever get enough of it!

Byron the Quokka here, to introduce The Bell Mountain Trivia Contest, which is like totally all my idea and Lee said I could do it as long as I don’t forget I’m supposed to be running a comment contest–the one you win if you post Comment No. 47,000.

This contest is really simple and anyone can play. Every few days, I’ll ask a Bell Mountain Trivia question. And after 20 questions, whoever got the most right answers wins a prize: an autographed book, most likely. (You know how he is about bicycles.)

Where does the best wine in Obann come from?

Of course, it’s a lot easier to answer these questions if you’ve read the books. Aunt Feezie has read The Glass Bridge a dozen times. But as all the quokkas in my neighborhood already know all the answers to all the questions, it wouldn’t be fair for them to be in the contest.

Somewhere out there is a human who knows the Bell Mountain books as well as any quokka! Let’s see who it is.

I have lived in Metuchen, NJ, all my life. I have been married to my wife Patricia since 1977. I am a former newspaper editor and reporter. I was also the owner-operator of my own small business for several years. I wrote various novels and short stories published during 1980s and 1990s. I am a long-time student of judo and Japanese swordsmanship (kenjutsu). I also play chess, basketball, and military and sports simulations. END_OF_DOCUMENT_TOKEN_TO_BE_REPLACED
This entry was posted on Saturday, June 22nd, 2019 at 11:02 am and tagged with a message to my readers, bell mountain series by lee duigon, Bell Mountain trivia, Bell Mountain trivia contest, Byron the Quokka, comment contest and posted in bell mountain series, Just for Fun. You can follow any responses to this entry through the RSS 2.0 feed.
« ‘A Degrading Form of Government’ (2013)
Haters »

15 responses to “An Important Announcement from Byron the Quokka: Bell Mountain Trivia”