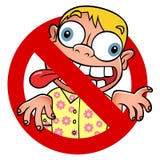 If this is the best we can do by way of presidential candidates, we might as well shift over to a lottery to decide who holds public office.

In one of this week’s Democrat gabfasts, one Julian Castro, who was actually in the fatzing government, as President *Batteries Not Included’s Secretary of Housing and Urban Development, told the nation he’s all for “reproductive justice” which would include taxpayer-funded abortions for men. All right, what he said was “trans women.” But “trans women” are men. They are not women, no matter what certain wicked and/or deluded schmendricks claim.

He’s so pumped up for abortions, he wants to give them to men.

Should there at least be some kind of sanity test you have to pass before you get to run for president? Or would that just narrow the field too drastically?

10 comments on “Taxpayer-Funded Abortions for… Men?”