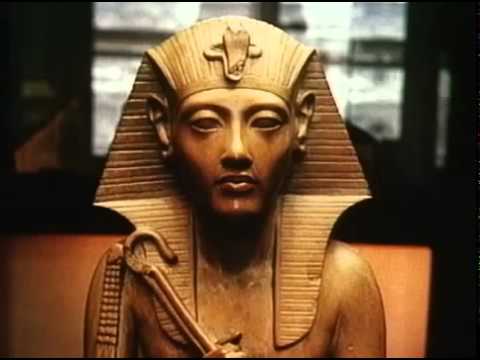 Apparently they don’t let you be a Bible Scholar unless you show them that you don’t believe a word of it.

Among the historical enigmas that the Bible serves up to us is the identity of Joseph’s Pharaoh, the one who made Joseph a ruler in Egypt. We don’t know why the Bible doesn’t give us this pharaoh’s name–although bear in mind that every pharaoh of ancient Egypt was known by several names: Ramses II, for instance, was also User-Maat-Re and several other names. Egyptian royal names were also, usually, religious statements: “Son of Ra,” “Son of Thoth,” “He with Whom the Goddess Mut Is Satisfied,” etc. Jewish scribes might not have been comfortable, writing down such names. Given all the difficulties that they faced, can you blame the scribes for just writing “Pharaoh”?

It would be interesting (to say the least) to know which particular Pharaoh made Joseph his prime minister. So every now and then I look it up, to see if any new discoveries have been made.

If they have, I haven’t been able to discover what they are. What I do discover–in Wikipedia, for instance–is an unquestioned assumption by “scholars” that the story of Joseph isn’t true. Indeed, they’re calling it a “novella,” a conscious work of fiction, a la Stephen King, cooked up by Jewish scribes living a thousand years after the events in the story.

Is it possible there was once a severe famine in Egypt, the record of which has not survived the passage of three or four millenia?

Is it possible that Pharoah, whoever he was, appointed a non-Egyptian, whom he trusted, to be the chief executive officer of his realm, with a special duty to prepare for the famine and try to ameliorate its effects? And is it possible that this high official, upon his appointment, was given an Egyptian name and title–so that no one in Egypt would have called him “Joseph” anymore? In fact, a number of pharaohs did make such appointments.

Of course those things are possible. There is nothing in the story of Joseph that makes it impossible. But what will ever satisfy Bible Scholars that any story in the Bible is true? A signed cuneiform affidavit by Hatzy Tatzy, high priest-king of Uruk, confirming his dealings with one “Joseph the Hebrew, son of Israel, prime minister of Egypt under Pharaoh Rutin Tutin III”? Would that do it for them?

Anyway, nobody was writing any “novellas” in 600 B.C. They hadn’t yet learned how.

6 comments on “Who Was Joseph’s Pharaoh?”