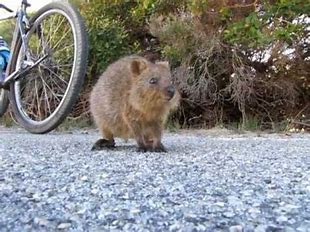 G’day! Byron the Quokka here, with another one of those bicycles Lee won’t let me give out as the prize for winning the comment contest.

But we’ve got another prize that’s just as good! Better, even. And whoever posts milestone Comment No. 50,000 will win it.

Believe me, those last thousand comments will come quick! We are almost there to almost there, as we say on Rottnest Island.

I wish my legs were long enough to let me ride a bicycle.

8 comments on “We’re Almost to Almost There”