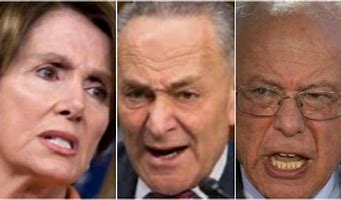 I pray for the utter defeat and dissolution of the Democrat Party in next year’s national elections; but there is something else that might happen. Let me put on my political scientist’s hat and try to use my college education. [Blows dust off diploma.]

Presuming they lose big, what next?

I see a possibility that the Far Left Crazy wing of the party will blame the not-quite-so-crazy wing of the party for dragging their feet so as to keep another left-wing loon from capturing the White House. At the same time, the not-so-crazies might blame the ultra-crazies for going too far, too fast, and alienating the normal people who might otherwise have been tricked into voting for their candidate.

As a newspaperman, I used to cover a township where there was no Republican Party to speak of, but rather two mutually hostile Democrat organizations who were out for each other’s scalps. These factions passionately hated each other and never cooperated. This allowed the Republicans to get their act together, and in a few more years, they took over the township politically.

Could that happen nationally?

6 comments on “Will the Democrat Party Split in Two?”