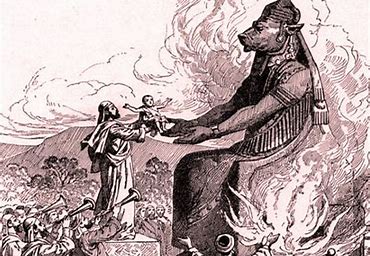 So is this how it works? In a book which you say is mostly myths and legends, mostly not true, a Person whom you say does not exist took actions which you say never happened–and you hate Him passionately for it?

Why are liberals so much more upset about Canaanites getting iced in the Old Testament than babies getting aborted by the millions virtually before their eyes?

Chill out, sunshine. It was only Canaanite tissue being removed for Israelite women’s health.

I have lived in Metuchen, NJ, all my life. I have been married to my wife Patricia since 1977. I am a former newspaper editor and reporter. I was also the owner-operator of my own small business for several years. I wrote various novels and short stories published during 1980s and 1990s. I am a long-time student of judo and Japanese swordsmanship (kenjutsu). I also play chess, basketball, and military and sports simulations. END_OF_DOCUMENT_TOKEN_TO_BE_REPLACED
This entry was posted on Monday, December 9th, 2019 at 8:39 am and tagged with Bible study, idolatry, modern atheism, old testament, sacrificing to idols and posted in history, religion. You can follow any responses to this entry through the RSS 2.0 feed.
« By Request, ‘Joseph Dearest, Joseph Mine’
By Request, ‘Mary’s Boy Child’ »