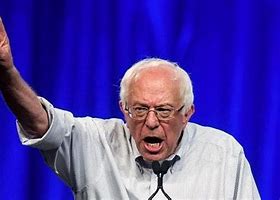 I had to go to the eye doctor this morning, and I’m back now, but the results of yesterdays Iowa Democrat caucus still aren’t in.

Last night an unidentified NBC Nooze panelist was heard to remark, on a live microphone, “Oh my ***, what a ****ing disaster!” (http://freerepublic.com/focus/f-news/3813527/posts)

So who won? We haven’t yet been told. Meanwhile, let me make a prediction–one that doesn’t require any crystal ball or Tarot cards. Here goes:

If it turns out that socialist wack-job Bernie Sanders won in Iowa, and won big, then from now until the national convention, the remaining Democrat candidates are going to pour it on, trying to out-crazy one another. They’re going to go so far to the left, they’ll be out of the galaxy.

And there’s going to be some dirty pool played at that convention, the like of which has not been seen in our lifetimes.

10 comments on “Oops–‘Disaster’ for Dems in Iowa”