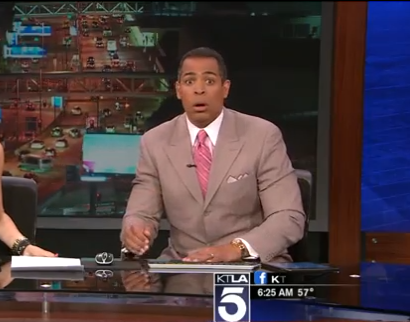 You’ve got to read this column by Michael Brown: “Is the Media Engaging in a Form of Psychological Warfare Against America?”

For the past two months there’s been essentially just one story in the nooze, night and day–the coronavirus. And we get bad news and alarming statistics 24/7.

Worse, the bulk of our nooze media has a political agenda: victory for Democrats, no matter what it costs the country.

Military history tells us that psychological warfare works. It demoralizes armies and saps the soldiers’ will to fight. It can do the same to civilians. Mr. Brown wonders if it is doing the same to us. Ya mean it isn’t?

We have endless repetition of bad news, scary stats, all day and all night. You can get people to believe almost anything if you repeat it often enough.

Where governors and mayors have indulged in what Mr. Brown and others call “police state tactics,” the media has cheered them on. This is America, and we’re supposed to debate public policy–not just ram it down the public’s throat.

And on top of all this, Big Tech has been censoring dissent in the social media. Critics’ voices are not heard.

Our country’s founders deemed a free press indispensable to the maintenance of our republic. They never envisioned that virtually the whole media would transform itself into a propaganda apparatus for one political party. They knew the press would sometimes lie, sometimes conceal the truth, sometimes get hysterical. But they never dreamed the press would do those things, on purpose, as the means of achieving a desired political objective.

We still need a free press. But more and more… we don’t have one.

3 comments on “Is It ‘News’–or Psychological Warfare Against America?”