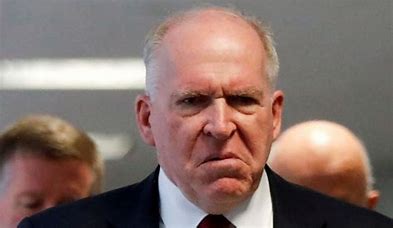 Slimy John Brennan is still running around loose, free as a bird, even after we found out three years ago that he helped hatch a plot to overthrow our elected president.

In fact the whole mob of Deep State plotters is out there raking in big bucks as “news consultants.” Not one of them has seen the inside of a jail cell.

Don’t you love hearing Democrats prattle about “the rule of law”? You’d think that much hypocrisy would get them struck by lightning.