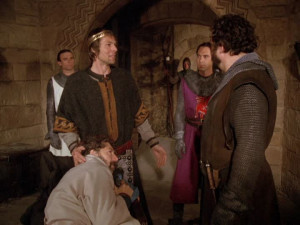 One comment on “A Lame Excuse for a Literary Lapse”