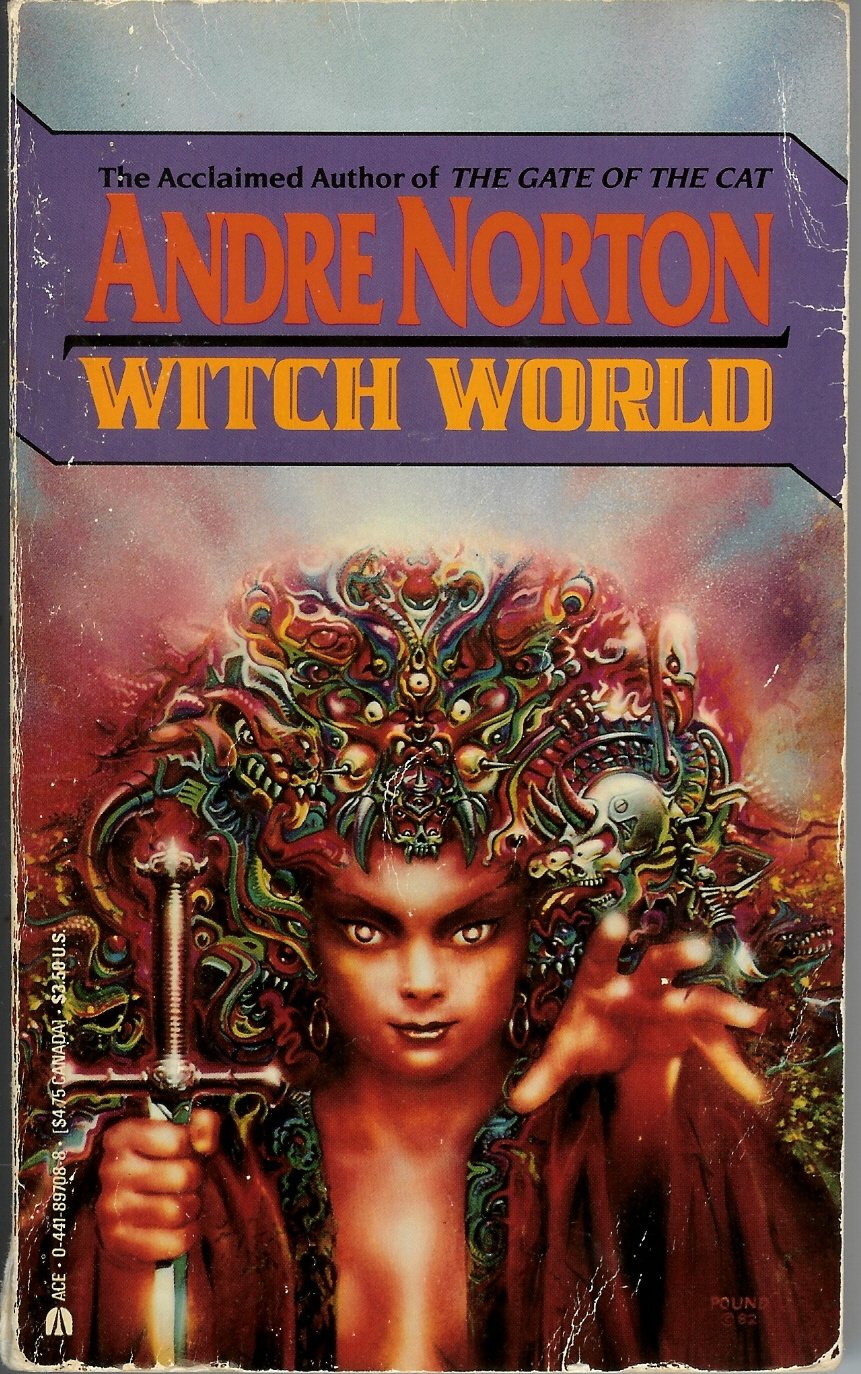 Before science fiction learned to be pretentious, it was fun. And no one was more fun to read than Andre Norton–at least according to my own young teen way of thinking.

I grew up on her books. I didn’t know “Andre Norton” was a pen name for Alice Norton. Nor did I realize she had over 300 books in print. Impossible to read them all. So this Christmas I asked for three of her more noteworthy books that I hadn’t read when I was a kid: The Time Traders, Witch World, and The Sargasso of Space.

Hooked! They’re just as cool as I remembered them. Too bad she never married and had children and grandchildren. Imagine: “Grandma, tell me a story!” But millions of us read her books; and by the time her long career, 70-plus years, ended with her death in 2005, she had won practically every major award you could win for science fiction and fantasy.

Andre Norton wrote both science fiction and fantasy and didn’t seem to care of they sometimes got mixed together. Her science fiction was of the kind classified by Isaac Asimov as Type One Science Fiction–which I translate as “Science, schmeience, we’re in it for the adventure!” And you can’t say her work was ever pretentious. Not ever.

Understand, I’m not holding these out to you as great Christian literature. Anyone who wants to become a writer can learn much by watching a master storyteller at work. I don’t think God requires us to make everything an overt theology lesson. Do we not know that simple pleasures come from Him? Sometimes a ride on the merry-go-round, a yo-yo trick successfully performed, a sip or orange juice, or the sight of a bright red cardinal in a green pine tree–sometimes these simple little things are exactly what we need, and God knows that. That’s why He’s provided them.