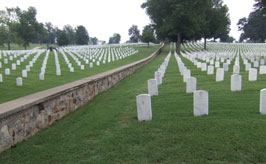 Is “science” really science anymore, or just another agglomeration of crapola?

Here’s a–(cough!)–“scientific study” that sez if only “reparations” had been paid to the descendants of persons enslaved in America (but not anywhere else!! America bad!!), it would have “reduced transmission” of the COVID virus… If only “had the nation already closed the racial wealth gap”, yatta-yatta-blah-blah (https://sanford.duke.edu/articles/new-study-reparations-could-have-reduced-us-covid-19-transmission-and-deaths).

Someday liberals will come up with something even more ridiculous and evil than “reparations;” but that day is not today. Meanwhile, we are asked to contemplate, with awe and delight, “the potential health impacts of racial-justice interventions.”

Really–what could be fairer, more just, than to punish people for something that other people did two centuries ago? And what could be more “scientific” than to gulp down unquestioned, untested, a whole pharmacopeia of left-wing assumptions as if they were observable facts of nature?

Wait a minute, I’ve got an idea! Just to see how it goes, force rich white liberals to pay lots and lots of money in reparations–and see if it makes a difference in the Racial Wealth Gap.

We say liberalism and liberal public policies, most notably the destruction of the black family at the hands of the welfare state, is responsible for any “racial wealth gap.” And we ask, “What the devil do you mean by ‘racial justice’? If it’s somehow different from just plain ‘justice,’ then it isn’t really justice, is it?” Hypocrites!

This is just the Racial Grievance & Manipulation Industry at it again, trying to divide and rule. Get people hating and fearing each other, and they might not notice the government is robbing them.

The “rulers” are evil and wrong.