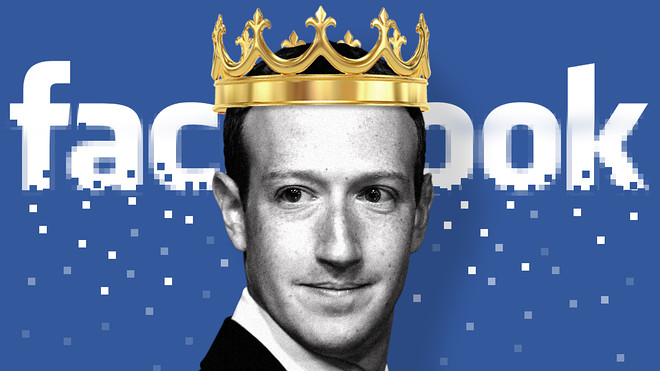 Do you think Facebook–and the other social media giants–is too big, and much too powerful?

That’s what Benny Thomas thinks; and he’s Facebook’s “Global Planning Lead” (whatever that is, exactly). They’ve got him saying so in front of a hidden camera planted by Project Veritas (https://populist.press/facebook-executive-sounds-alarm-zucks-ai-will-destroy-human-race/). There’s video embedded in the article, if you want to listen to the whole interview.

“Nobody in the history of the world has been the ruler of 2 billion people,” says Thomas; “but Mark Zuckerberg [Facebook CEO] is.” “There is a dire need for government intervention” to rein in Facebook. In fact, he says, “Break it up. The government should break it up.”

Governments are not exactly easy in their minds about the power of Big Tech and its social media. When Twitter banned the president of the United States, other world leaders–even ones who didn’t particularly like our president–got to thinking, “Gee, if they can do it to Donald Trump, they can certainly do it to me!” So there are stirrings in Europe: leaders trying to figure out how to put the breaks on Big Tech.

Warning! Globalism and Chinese communism are now fused together in a cooperative effort to rule the world. Their agent in America is the Democrat Party.

Someone, like Hezekiah, should take the globalist plans and spread them out on the altar of the Lord, that He might see them. Really, who knows what to do, to stop the wave of tyranny? Who has the power to stop it?

And I think I hear Him saying, “Don’t make me come down there!”