If people had the kind of ideas before they were rich like they dreamed up after they were rich, they never would have gotten rich.

Facebook honcho Mark Zuckerberg wants to build a robot to take care of his baby daughter. Honk if you think that’s a good idea. 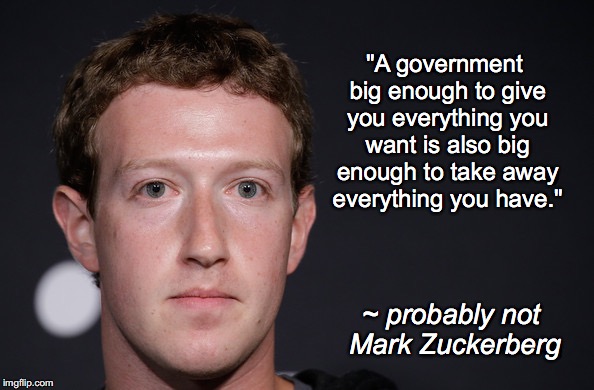 Mark Zuckerberg, the grand panjandrum of Facebook, has vowed to build a robot “to look after his house and keep tabs on his newborn daughter,” The Independent has reported ( http://www.independent.co.uk/life-style/gadgets-and-tech/news/mark-zuckerberg-to-build-robot-butler-to-look-after-his-child-as-part-of-2016-new-years-resolution-a6795376.html ).

I’m old-fashioned. I thought your wife did those things. Or you could do them together.

This is a milestone–or will be, if it works out all right and the robot doesn’t wind up shoving assorted Zuckerbergs into the microwave–in the quest to create true Artificial Intelligence: an enterprise that is not even logical, much less potentially successful.

Sinful, fallible, psychologically vulnerable, misinformed, under-informed or even ignorant, wishful-thinking human beings cannot create any kind of intelligence superior to their own. We can build computers that can do certain simple things–like playing chess, for instance–without making bonehead moves of the kind that human players make because they’re tired, distracted, or whatever. But we can’t build a computer that can use chess as a way of thinking about love.

We cannot build robots that are wise.

We cannot build robots that are better than we are.

“Artificial Intelligence” can never be anything but artificial. It is not true intelligence, but an unthinking simulation of intelligence.

But hey, who listens? Go ahead and let the bot mind the baby. How much worse can it be than public school, or television?