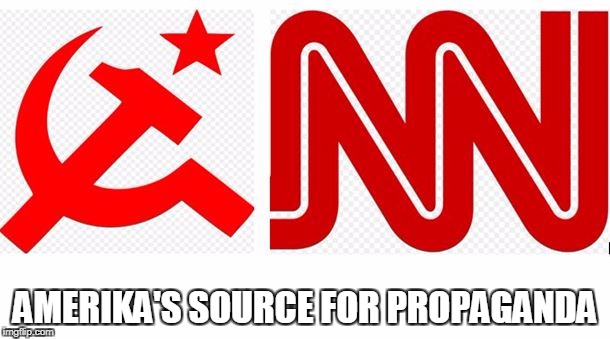 What ever happened to “reporting the news”?

Well, James O’Keefe, of Project Veritas, swung his undercover microphone into action during a chat with CNN Technical Director Charlie Chester–who bragged about CNN’s use of “propaganda” to bring down President Donald Trump and replace him with a scarecrow.

Now we learn that CNN has also been out to get Rep. Matt Gaetz (https://thenationalpulse.com/breaking/leaked-video-shows-cnn-director-admitting-matt-gaetz-stories-are-democrat-propaganda/).

Charlie Chester put it so eloquently: “If the agenda, say, is like get, like Matt Gaetz right now, he’s like this Republican. He’s a problem for the Democratic Party because he’s so conservative, and he can cause a lot of hiccups in passing laws and what not. So it would be great for the Democratic Party to get him out… So we’re going to keep running these stories to keep hurting him…”

One of “these stories” was a false report that Gaetz had requested a meeting with the president to ask for a pardon for assorted “crimes.” The story was not true, but CNN kept it on their front page for 24 hours.

So nooze media are going to decide who’s in Congress and who isn’t? I thought the people were supposed to decide that in elections. Then again, we know what they’ve done to elections, don’t we?

These are acts of war against America, and against the American people, by a domestic enemy intent on destroying our constitutional republic and replacing it with a one-party totalitarian regime owned and operated by the Far Left. CNN is in that sense an enemy unit engaged against America.

And right now it looks like the enemy is winning.

5 comments on “CNN Admits: They’re Also Out to Get Gaetz”