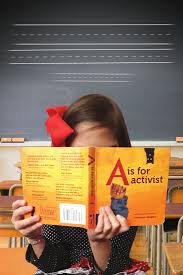 We thank God that Far Left phony “education” in our public schools is finally encountering some pushback.

As reported by the Family Research Council (https://www.frc.org/updatearticle/20210525/unequally-woked), a Spanish teacher in St. Tammany Parish, LA, Jonathan Koppel, spoke out against mis-education at a local school board meeting–video of which has gone viral, sparking similar protests in many other school districts. In Oklahoma a teacher’s protest inspired passage of a new law banning the “teaching” of Critical Race Theory and transgender propaganda in the schools.

“Don’t push this ideology on children,” Koppel said. “I’m not going to work in a district that’s okay with that.”

These evils were slipped into the curriculum while “nobody was really looking for it,” he said; and now people, angered though they are, “are scared to death” to oppose it. But in spite of the fear of being ostracized, canceled, denounced as a “racist,” etc., the opposition is growing.

How many times have we warned people that “not in our schools!” is simply wishful thinking? This goes on in public schools everywhere. And then college finishes the job, and we have thousands of useful idiots marching for BLM. They may not be able to read or write, may not know any history or science–but by thunder, they’re woke!

Homeschool and Christian school, Mr. Koppel–the public schools are too far gone, the Far Left owns them. We’ve been following its progress (if you want to call it that) for twenty years. “Public education” has degenerated into non-stop indoctrination–anti-Christian, anti-family, and anti-American.

At least now the American people are being clued in. Ignorance won’t be a workable excuse much longer.