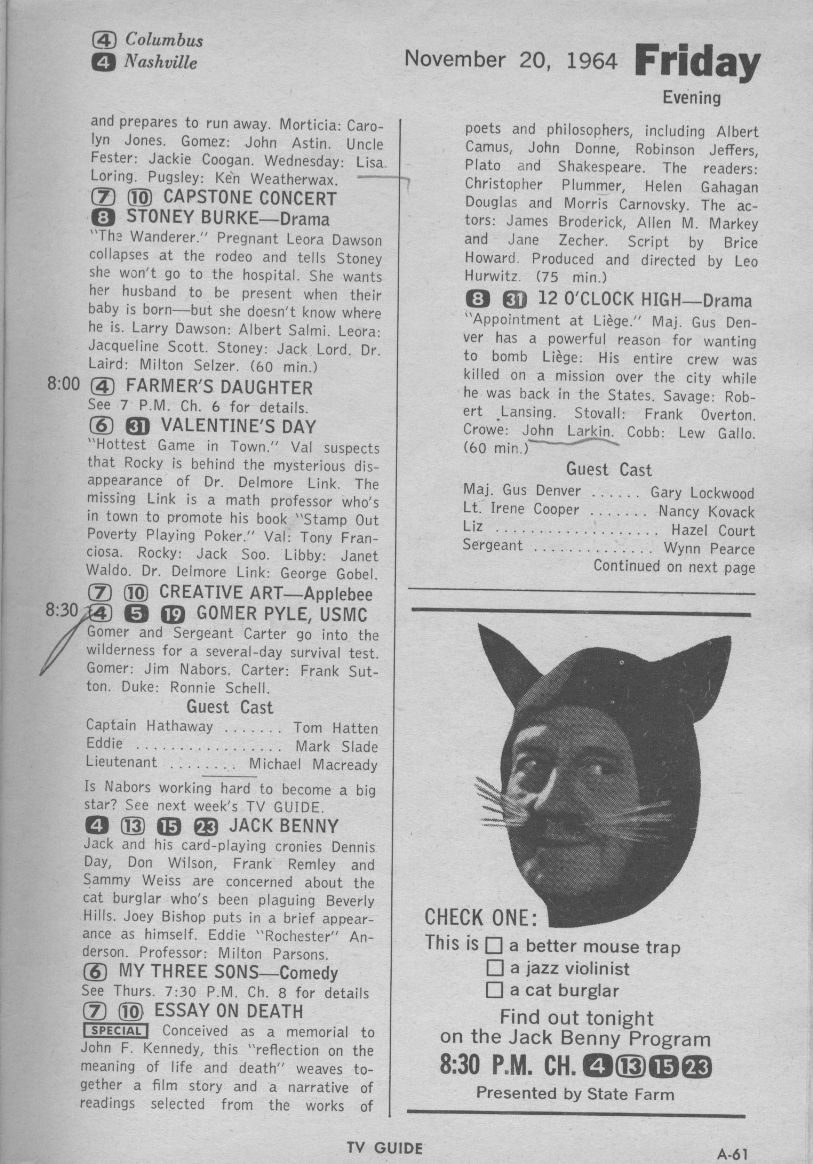 G’day, g’day, and welcome to another weekend of cyclopean TV viewing pleasure, brought to you by Quokka University! Byron the Quokka here–and don’t think I had anything to do with this TV caper, I’m just an announcer they snapped up at random.

Here are a few samples to whet your appetite.

Host Barney Rubble discusses The Great Gatsby with incoherent romance writer Violet Crespuscular and her pet click beetle, Mandrake. Neither of them has read the book. With Swede Risberg and his orchestra.

What happens when the city’s most prominent misanthrope is given a surprise birthday party? Timon (Tim McCarver) blames Alicibiades (Soupy Sales) for his game leg, but the party’s going to go on whether he likes it or not. Mrs. Demosthenes: Esther Rolles. Caterer: Johnny Weissmuller.

Film noir classic! “I Live Face-Down” (1969) features Billy Mumy and Telly Savalas as clinically depressed private eyes trying to get the goods on a crooked politician (Willis Twombley) who’s making sure all his friends and toadies get municipal swimming pool memberships. Things only get worse when their secretary, Foxy (Helen Hayes) is diagnosed with Hornomania. Mayor Belshazzar: Don Knotts.

Well, that’s that for the sample package! And–

Tune in tomorrow for our Rottnest Island Bell Mountain Party, which I’m not supposed to mention, in case nobody shows up. I have it on good authority that one of the major characters in the book is going to be present… if he can overcome his fear of marsupials.