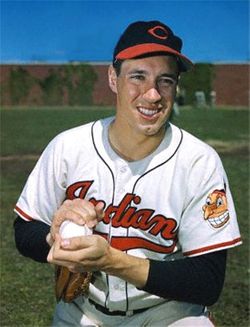 Are we allowed to remember Bob Feller?

Well, here we are again, letting wokies walk all over us and shove their America-hating garbage culture down our throats. Why do we let them do it?

As of the end of this baseball season (and who’s paying attention to it?), there will be no more Cleveland Indians. They will be renamed “the Guardians.” As in Manchester Guardian, a far-left noozepaper.

And now it’s catching on all throughout professional sports. Eager to outdo Cleveland, the Cincinnati Reds will be renamed the Cincinnati Birthing Units. It was going to be Cincinnati Parents, but a commissar rejected that as “not inclusive enough.”

Said club president Roscoe Ringworm, “The American people are only a nation of toddlers at best. They need us to take care of them–and that’s what Birthing Units do.”

Not to be outdone by teams in Ohio, the San Francisco Giants have announced plans to change their name to the San Francisco Things. The Giants’ All-Star utility infielder, Greg Pfart, explained, “‘Things’ can mean anything! It doesn’t get more inclusive than that!”

Ah–but it does, according to the team long known as the New York Yankees but about to be renamed “the Nothings.” Said General Manager Ike Schmendrick, “The word ‘Nothing,’ by excluding everything, automatically includes everything!” Mr. Schmendrick went to college once and never got over it.

Do you ever get the impression that Far Left Crazy just wants everyone to disappear?

3 comments on “No More Cleveland Indians”