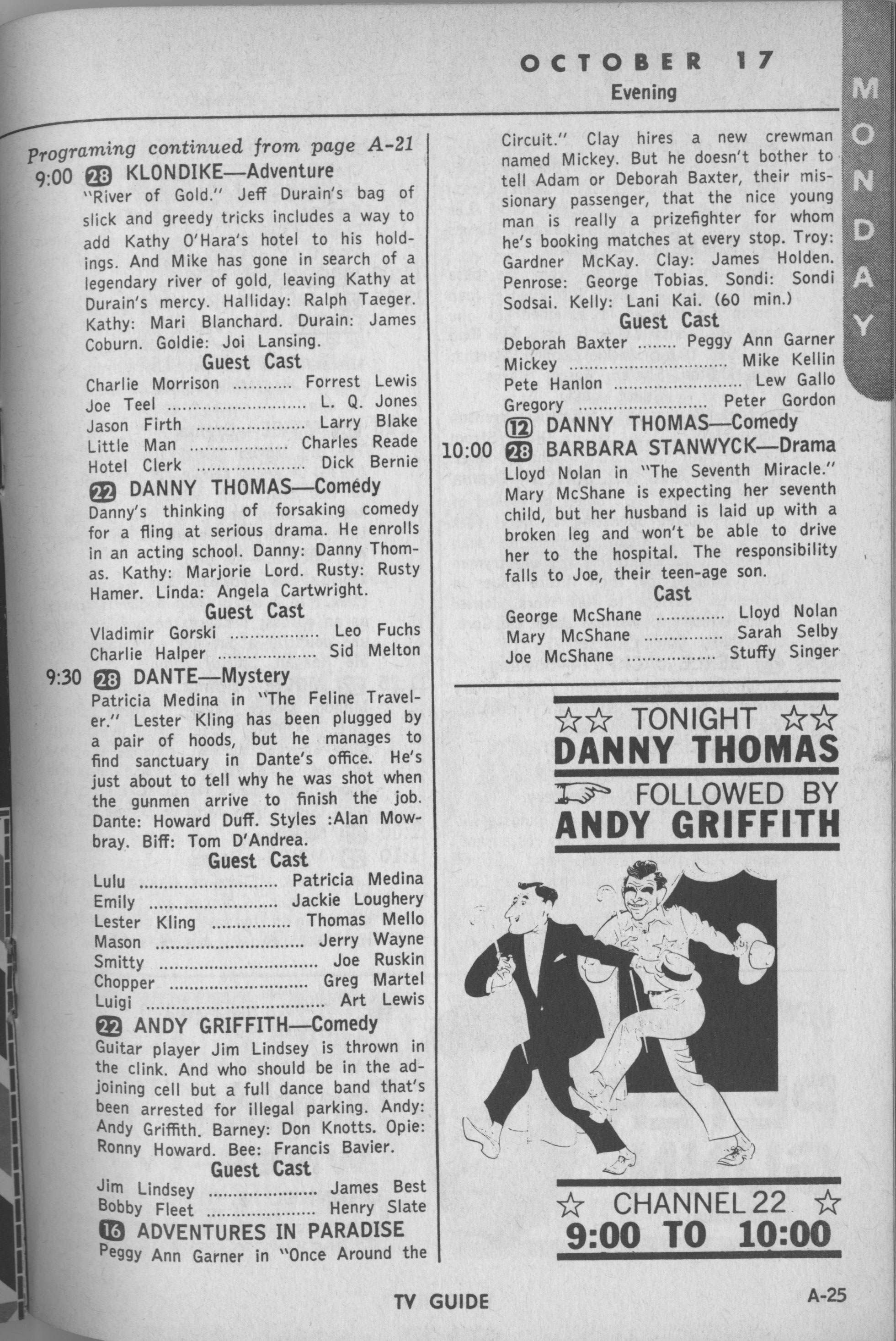 Well, well! Another weekend of fantastic TV shows that have failed everywhere but here at QUN, the Quokka University Network! I’m your host, Byron the Quokka, with a few sample shows to get you in the mood. Just don’t ask us where we got them!

The experts said a Western starring giant insects instead of cowboys would never succeed–and they were right, but watch it anyway! This week: An aphid drive organized by Ant Felicia (a giant ant) runs into trouble when the herd is blocked by a tribe of hostile Click Beetles. Special guest stars: the June Taylor Dancers.

What would happen if they held the next Nixon-Kennedy presidential debate underwater? David discusses the unlikely scenario with unemployed kook Jimbo “Crash” Kudzu and GOP strategist Max Detritus. Featuring Willie Sutton and his orchestra.

Lucy (Spring Byington) steals her neighbors’ milk bottles and replaces them with jars filled with Frothee, inspiring them to get up a petition calling for her to be banished to isolated–and possibly haunted–Dead Man’s Cave. Archie: Jim Backus. Little Irving: Boris Karloff.

Join the star of Cannon as he puts celebrity guests (Shelly Winters, Dom DeLuise) and lucky studio audience members through a grueling round of jumping jacks, pushups, deep knee bends, and impossible yoga exercises while he keeps score and eats an enormous bowl of pasta and sausages.

In “Trapped in the Jungle of Death” (1973), survivors of a small plane crash (Scatman Crothers, Joe Namath, Bette Davis, Elizabeth Montgomery) succumb to hopelessness and die off one by one–all except for a brash novelty salesman (Jamie Farr), who discovers a lost city of maniacs just 30 yards from the crash site. Siskel and Ebert called it “Incoherent nonsense”!

These are just a few of the standout shows we’re bringing you this weekend. Settle down in the tall grass and binge-watch!