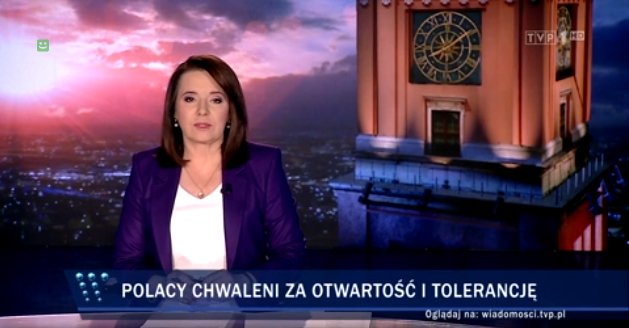 But it’d be so much better if the Chicoms wrote the script!

The Dodderin’ Biden administration, and nooze media everywhere, are screaming bloody murder over a new Polish law–passed this week in the lower house of Poland’s legislature–that would prohibit foreign firms from buying a majority stake in Polish media outlets (https://www.aljazeera.com/news/2021/8/12/poland-approves-controversial-media-law-drawing-condemnation).

“It’s an attack on press freedom!” raves the Washington Post.

That must mean it’s good.

Now we just have to ask–how much stock in our American nooze media is owned by the Chinese Communist Party? Is that why our nooze is so warped? So thoroughly unreliable? For that matter, how much of our government does China own? ‘Cause a lot of it’s for sale, and China’s usually the highest bidder. How many of our “leaders” have they bought?

So Poland doesn’t want its media controlled by foreigners–and that’s… bad? Really? The Chicoms tell your noozies what to say on TV, and that’s freedom of the press?

Fire off another salute to Poland. They seem to be the only ones who’ve studied civics.

3 comments on “Poland to US, China: Hands Off Our Media”