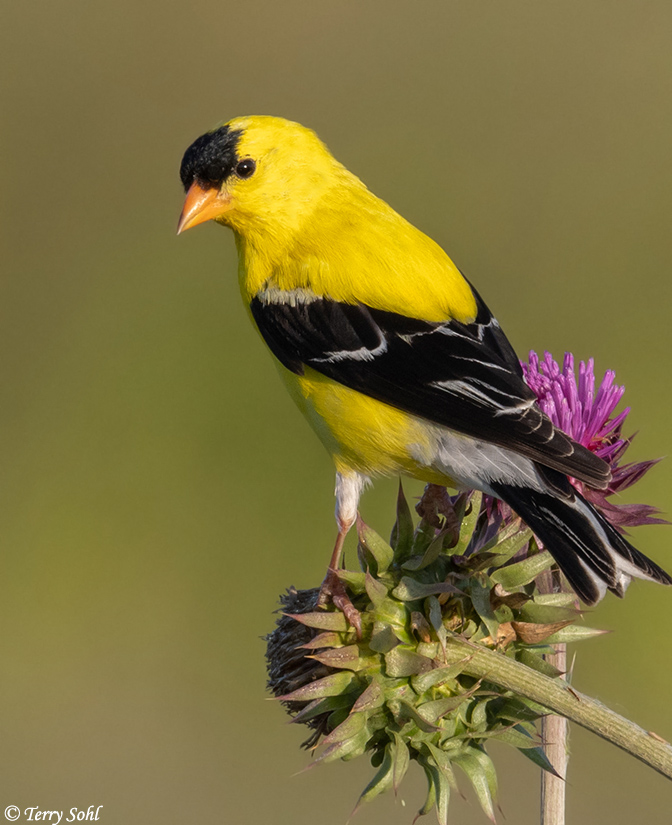 No, I will not publish an image of any “gay” flag! Here’s a nice goldfinch instead.

The nooze keeps trying to convince me that God has indeed given us over to a reprobate mind and that there’s no going back to sanity.

An unidentified public school “teacher” in California–identity carefully concealed–recently stirred up a controversy when she had her students pledge allegiance to… the “gay” flag (https://townhall.com/columnists/toddstarnes/2021/08/30/teacher-tells-kids-to-pledge-allegiance-to-gay-flag-n2594990).

See, she took down the American flag and stored it somewhere out of sight “because it made me uncomfortable,” she, er, explained.

Her school district requires the Pledge of Allegiance  to be recited in the afternoon. When one of her students said there was no U.S. flag for them to pledge allegiance to, the “teacher” pointed to the “gay” flag–for Organized Sodomy–and suggested they pledge allegiance to that. She showed them how to do it, too. It’s all on two TikTok videos.

A school official (really, what good are they?) said the district is “aware” of the situation–gee, so are we, now–and “taking action to address it.” Uh-huh.

Nothing has done more damage to our country than our so-called public “education” system. Throw the kids into a room with a unionized Far Left wacko to indoctrinate them into weirdo-ness… and hope for the best!

But there is no “best” in public schooling.

2 comments on “Teacher Has Kids Pledge Allegiance to ‘Gay’ Flag”