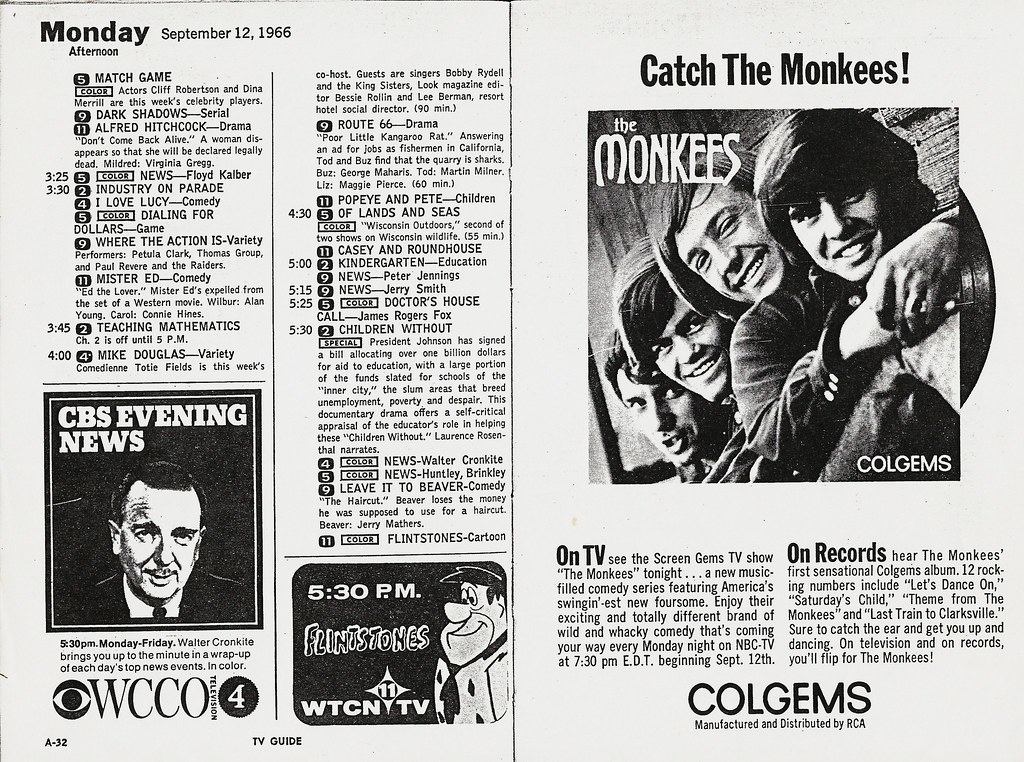 G’day! Byron the Quokka here. I wish we had the Monkees on our Quokka U. TV menu, but no such luck. Never mind! What we do have makes the Monkees look like… well, monkeys!

Some of the best brains in captivity have recreated daily news broadcasts from the days of Hammurabi, King of Babylon, 2,000 B.C.! Hammurabi himself (William Shatner) mans the anchor’s desk. Tonight: King Ooshkoosh of Assyria has a mistress! Featuring Sargon of Akkad and his orchestra.

They couldn’t get Hitchcock to host the show, so they got the next best thing–San Diego mail carrier Alfred Snood, master of suspense! In tonight’s thriller, a trapeze artist (Fabio) falls in love with a cleaning woman (Charo) whose millionaire husband (Duke Snider) also happens to be one of the world’s most clever poisoners.

Host Bing Crosby continues his campaign to ban the Smurfs. Tonight’s guest, Dr. Porfirio Diaz, former president of Mexico, analyzes how exposure to Smurfs causes parts of the human body to atrophy and fall off. With the June Taylor Dancers.

Contestants try to win prizes up to $5 million by swimming across a pool full of hungry crocodiles, climbing up a cell phone tower, performing shameful stunts in front of the camera, and reciting the Fulton-Schumaier Act in Dutch. Host: Sammy Vermin. Studio audience: anonymous lewd characters.

Well, mates, there you have it–a weekend full of overwhelming entertainment! If you don’t come out of this experience smarter than you were when you went in, don’t blame me!