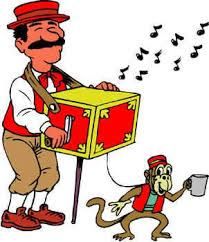 Running very, very slowly this morning… but probably blessed to be running at all.

There was a dreadful plane crash in the winter of 2014 that brought to light what practitioners called “shaping the news.”

We would call it “lying.”

Entering the Age of Fictional News

They’ve labored on it ever since; and it is, like Scrooge’s, “a ponderous chain.”

I don’t think noozies appreciate how badly they’ve damaged their profession. They are now content, or rather, deliriously happy to play the monkey to the Democrat Party’s organ grinder. That sort of thing would embarrass anyone who was not a “journalist.”

Well, let’s see if some of them start to fall off their perch in 2022…