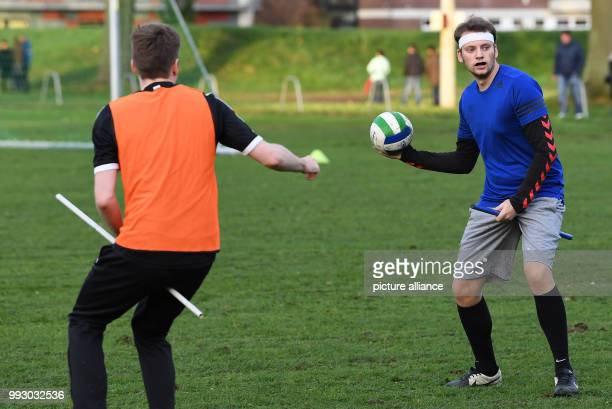 They have to run around with broomsticks between their legs. Sheesh.

I thought it was a satire when I read about it in Campus Reform–I mean, really: college “quidditch”? (https://campusreform.org/article?id=18707) That’s that game they play in Harry Potter books, in which they zoom around on broomsticks.

But no. There is college quidditch, it’s been around since 2005, and there is not only a U.S. Quidditch organization, but also Major League Quidditch.

And what they want to do now is to change the name of the game because of author J.K. Rowling’s “anti-trans positions in recent years.” Rowling wrote the books and created the game–but no one is allowed to be “anti-trans.” Rowling’s hate crime was to assert that there are only men and women, they are not the same, and there are no other “genders.” Nor can you “change your gender.”

Wow. No wonder they’re so mad at her.

If I were J.K. Rowling, I would say “Fine! You can either stop playing my game altogether, or you can pay me a royalty every time you play it.” But maybe only trans-friendly authors are now allowed control of their own intellectual property. Diversity brooks no dissent.

What are these trans-happy morons getting out of this? Does anybody understand that? Can anyone explain it? Or is it just our civilization gasping out its life in an endless stream of foolishness?

God will save us, somehow.

5 comments on “Can It Get More Asinine Than This?”