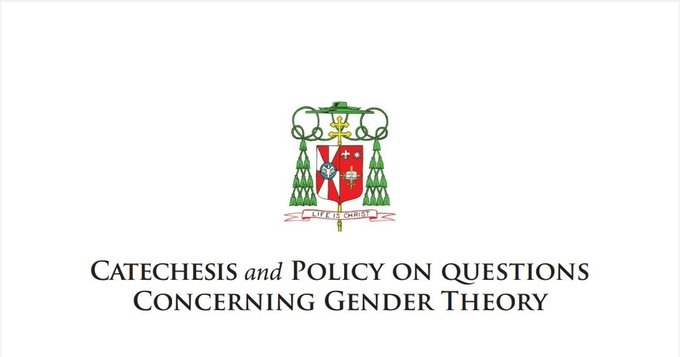 The Archdiocese of Milwaukee has struck a blow for sanity, issuing a document that forbids the use of “preferred pronouns” that deny the actual biological sex of the speaker (https://citizenfreepress.com/breaking/archdiocese-of-milwaukee-for-the-win/).

Which is to say, they’re rejecting the whole “transgender” scam.

The document, entitled Catechesis and Policy on Questions Concerning Gender Theory, asserts that use of these false pronouns, “intended as an act of charity, instead promotes an acceptance of the separability of biological sex and ‘gender’ and thus opposes the truth of our sexual unity.”

Honk if you can think of even one Far Left doctrine that doesn’t oppose the truth.

How is it an act of charity to accede to someone’s delusion?

Next–how many “devout Catholic” Democrat politicians are going to go ballistic over this? And how long will it take them to involve the, er, Justice Dept.?

2 comments on “Archdiocese of Milwaukee: No ‘Preferred Pronouns’ Allowed”