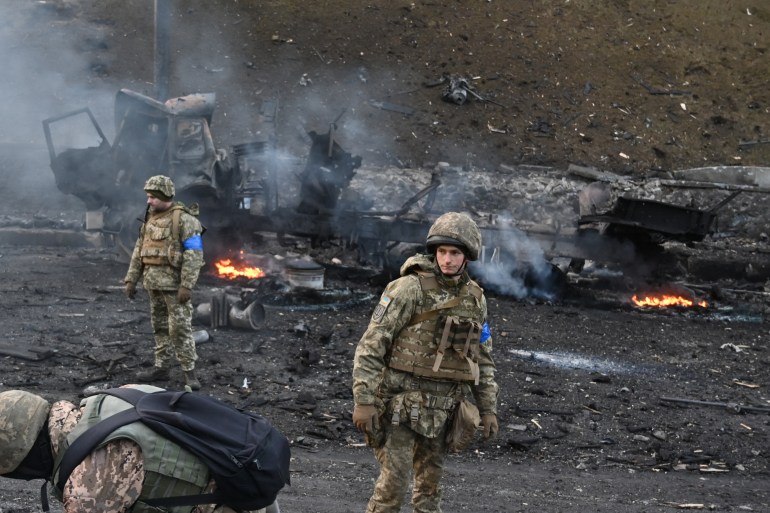 You don’t need me to report on the Russo-Ukraine War; there’s enough confusion already.

But see, I’m a political scientist, with a strong interest in military theory and history, and normally I know about things like this. But for the life of me, I have no idea at all as to why this war started, who was at fault, what the stakes are, who’s the good guys and who’s the bad guys–I don’t know!

Am I just a dope for not knowing these things, when our politicians and TV commentators seem to know all about them? They certainly are passionate about what actions they think America and her allies ought to take. Wack Putin. Send troops. Don’t send troops. Stop buying oil from Russia. Buy more oil from Russia.

After our fiasco in Afghanistan, the whole world–and especially the world’s bad guys–saw the weakness and sheer inanity of America’s leaders, and concluded that they can now do anything they want. As long as the chairman of our Joint Chiefs of Staff says his chief concern is White Supwemacy (or Climbit Chainge, depending on what side of the bed he gets up on), they knew they don’t have to take America seriously.

Unless SloJo sleepwalks us into World War III.