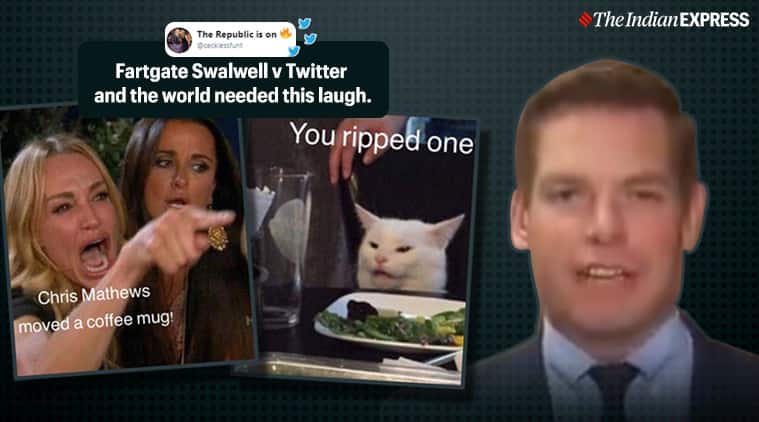 Rep. Eric Swalwell (D-Mordor), famous for cutting loose with a big loud fart on national TV, has now gone himself one better, insisting that the next step for the Supreme Court will be to ban interracial marriage (https://justthenews.com/government/congress/black-republicans-target-swalwells-claim-gop-will-ban-interracial-marriage).

“The Republicans won’t stop with banning abortions,” he said. “They want to ban interracial marriage.”

Uh… Has anybody suggested that? Looks like it’s only Old Farty going off in that direction. Got any evidence for it, Windy?

Republican Congressional candidate Wesley Hunt, who is black, and whose wife is white, was not amused by Swalwell’s remarks. “Republicans are celebrating diversity while white liberals like yourself race-bait,” he said.

Hint: That is what white liberals do. They also resort to hysterics, and often violence, whenever anyone crosses them in any matter. They’re beside themselves over the latest perceived threat to abortion, which is to them a kind of sacrament.

Expect to hear a lot more flatulent nonsense between now and Election Day.

Prediction: Once they’re convinced they’re going to lose, Democrats will try to prevent the election.