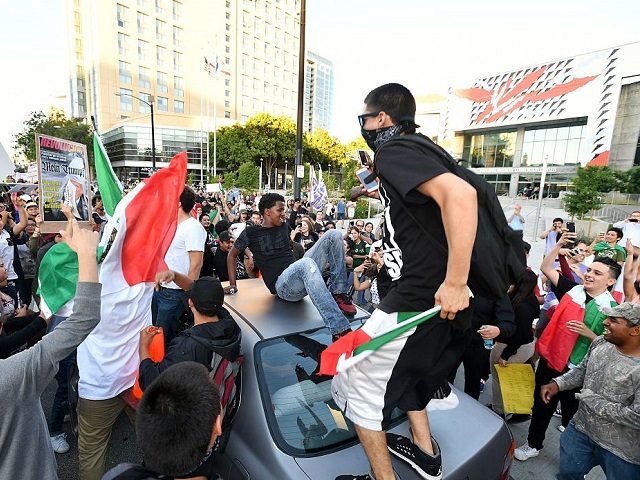 At this writing, we are told the Senate this afternoon will vote to confirm Brett Kavanagh’s appointment to the Supreme Court. He’s expected to win by two votes. If that’s what happens, you won’t need me to tell you that it has. We’re going to watch Abbot and Costello Meet Frankenstein this afternoon. Sanity medicine. And my wife is having a bad day, so please keep praying for us.

What I can’t predict is to what degree of hysteria Democrats will react to this. They’ve already thrown everything at Kavanagh but the kitchen sink. Even wishy-washy Susan Collins seems to understand that if we allow the Democrats’ tactics to prevail, we will have lost our country.

Will they calm down now, or ramp it up even higher? Who knows? They’ve been in a blind rage since Election Night of 2016 and they haven’t calmed down yet.

What our country needs is a total wipe-out of Democrats in next month’s midterm elections. And if you’re registered to vote, that’s where you come in. An electoral disaster is the only punishment we can impose. We must not fail to do it.

Now that he sees how upset liberals are over his election, President-elect Donald Trump says he’ll step down in favor of Hillary Clinton, according to shockingly unreliable sources.

“They’re asking so nicely, he just can’t say no,” says one of our sources. “Really, he had no idea just how honored and beloved the Clinton crime family is among the smartest people in the world.”

In addition to being the caporegime of the nation’s best-loved crime syndicate, “Hillary is also the former president’s wife, and if he’d thought about that just a little harder, Mr. Trump would have stepped down as soon as he won the Republican nomination,” said a sadly inebriated source. “I mean, how could you be so mean as to deny the president’s wife her own chance to run the country?”

“He just can’t disappoint all those actors, celebrities, college professors and students, Black Lives Matter, and globalists,” said another source, currently living in a padded cell. “And he had no idea how passionately the American people–not counting all those deplorables who perversely voted for him, what were they thinking?–want open borders, higher taxes, world government, and anyone who doubts Climate Change to be investigated by the Attorney General. So he’ll step down and give them what they want.”

“And if that’s not enough,” added an even more unreliable source, “Mr. Trump is prepared to convert to Islam–just to please us!”

Let’s learn to enjoy the sound of liberals indulging in hysteria. It’s a sound that says we’ve won.

Last week a professor of Gender Studies (what else?) at Rutgers University was hauled off to a psychiatric hospital by campus police after students complained about his lurid threats to murder white people–because, of course, he was so upset that Donald Trump had been elected president ( http://newsnx.com/2016/11/19/white-rutgers-prof-given-a-psych-eval-after-threatening-to.html ). He made the threats on Twitter; I am unable to confirm reports that he also made them orally in one of his lectures.

The idiot himself is white, by the way.

Ah, Rutgers! Ah, my alma mater! Boy, oh, boy, wait’ll the next time you guys call me up and ask for money! Go ahead, make my day.

I would ordinarily sympathize with students who see their tuition dollars going up in smoke, in the form of this jackass’s salary: but if you’re going to major in Gender Studies, what else can you expect? Right off the bat, your degree is total bull****. Oh–and he also teaches a course on “Beyonce.” Plenty of quality eddication goin’ on out there!

Parents who love and respect their sons and daughters don’t send them to places like Rutgers University.

PS–Would you believe it? The nutty professor is whining that his freedom of speech has been trampled on. Where in the world did he ever hear that there was freedom of speech at dear old collidge? Does he not know that the Rutgers Student Handbook comes right out and says there’s no such thing as free speech? Guess he can’t swallow a dose of his own medicine.