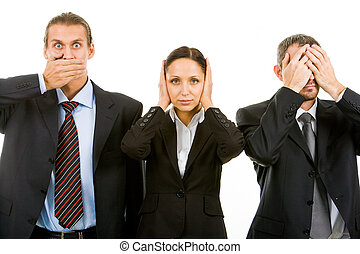 “Do you want free speech?” asks Guardian columnist Simon Jennings. “Then it has to be regulated, now more than ever” (https://www.theguardian.com/technology/2022/jul/13/online-safety-bill-tories-free-speech-david-davis).

But then it won’t be free–will it, sunshine?

The United Kingdom, in Parliament, is mulling an “Online Safety Act” that seeks to remove from channels of communication, chiefly the Internet, all speech that could b e considered hateful, dangerous, harmful, bad, etc., etc. Because Muslims keep trying to assassinate Salman Rushdie, they almost got him last time: and stuff like this is because people have too much freedom in the social media.

Trust any government, anywhere, to conclude that its people have too much freedom.

I don’t often agree with anyone who writes for the super-left-wing Guardian, but Jennings does have a point. The bill is so loosely worded that it can apply to almost anybody’s speech on any subject. Jennings calls it “a censor’s charter–or nightmare.”

So Mr. Guvvermint is gonna decide whether we can say what we’ve said or get shut down for it–maybe even fined or thrown in jail. And who, forsooth, is going to regulate Mr. Guvvermint? Even if they start with good intentions–however wildly unlikely that may be–they will inevitably be tempted to act with an increasingly heavy hand. To think they won’t is to think it’s okay to throw stuff up in the air as long as it doesn’t come down.

So they’re playing with this new doctrine of “legal but harmful”–like, yeah, sure, you’re allowed to say that; but no you can’t, because it’s harmful! How long would it take for the definition of “harmful” to expand in all directions?

God authorizes governments to protect the people who live in a state and restrain and punish those who would harm them. It has no warrant to make our minds right.

And why am I writing about some British political issue?

Because here in America the Far Left Crazy, the Democrat Party, sees what the British Parliament is up to and licks its chops in envy!

There’s nothing that scares me more than leftists’ good intentions.