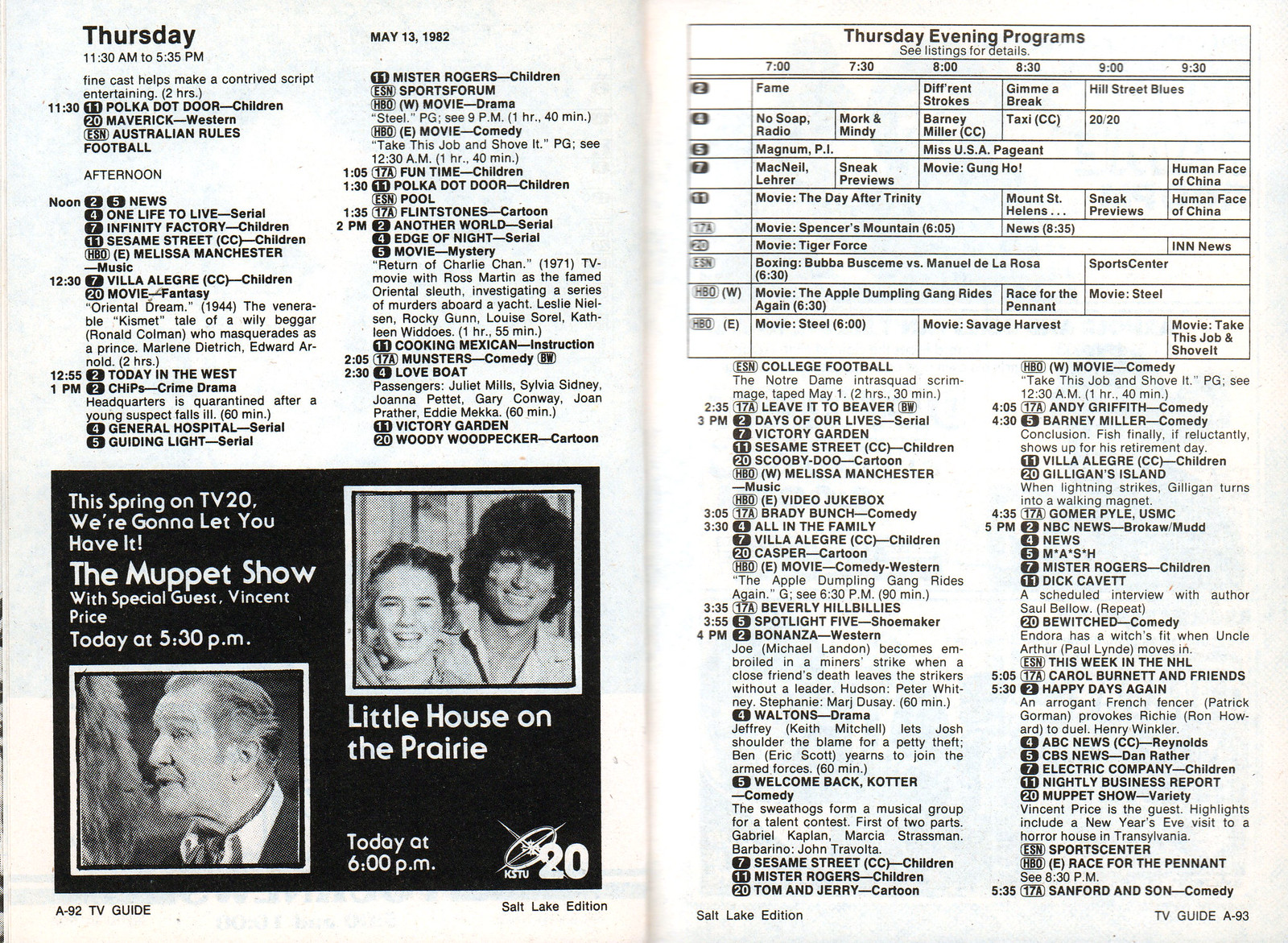 G’day! Byron the Quokka here–the guy thinks I can boost his readership–with super-great TV shows that’ll reduce you to a quivering ball of pleasure! Here’s a brief sample.

George puts the “nox” in “obnoxious”! Most of his guests wind up attacking him. This week: Vincent Price assaults George with an umbrella while Susan St. James pours a bucket of wet cement over his head. Featured: Genghis Khan.

This series only failed because no one could pronounce the title character’s name! [Enough with the exclamation points, already…] Lou Albano stars as the slovenly, mentally unstable detective inspector with a sidekick from another dimension, Mr. Fhtaagha; together they solve Phnunglwe City’s toughest crimes! [Sorry.] This week: Dr. Qxuul (Heather Locklear) looses giant poisonous spiders on the city’s dog park

Nobody’s quite sure whether it should be spelled “deserts” or “desserts,” and a third school of thought thinks neither is right. Sometimes the debate gets out of hand! “It’s ‘deserts’ like in Kalahari”: Prof. Otto Mann, University of Irkutsk. “It’s ‘desserts’ like toothpaste cupcakes”: Worst-selling author Violet Crepuscular. Referee: Gordon Chang.Song: “Yummy, Yummy, Yummy I’ve Got Love in My Tummy.”

Hamlet (Edward Platt) and Ophelia (Linda Hunt), now retired and living in the suburbs in New Jersey, don’t know what to do when a family of cannibals moves in next door! The Hamlets are invited for dinner–but they don’t whether it’s to have dinner or to be the dinner! And of course that sets Hamlet off and he launches, for the ten thousandth time, into that “To be or not to be” business. Frying pan salesman: Leslie Nielsen. Uncle Polonius: Stan Musial.

Well, how do you like that? Don’t mind me, I’ve got to find out who put in all those exclamation points. Byron the Quokka, signing off.

(When I catch him, he’s gonna wish his father never met his mother!)