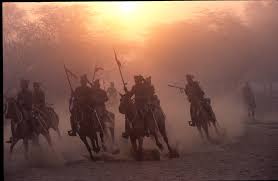 I had fun writing this today!

Ozias, still a boy, has emerged from Lintum Forest with a band of 21 picked men. Their mission is to elude Maressa the usurper’s forces while proving to the people of Obann that they have a rightful king.

My model for this chapter was 2 Samuel 23: 8-38, the roster of King David’s “mighty men of valor.” (Thanks to Heidi for suggesting this, back in the summer.) Two of Ozias’ mighty men, brothers, are clever thieves who once stole a comrade’s shadow (but gave it back, once they’d shown that they could do it). But it would spoil the fun to list them all here.

I’m racing the seasons again, trying to finish Ozias, Prince in Peril before winter sets in. As yet I have no idea where or how to bring this story to a close. All I know is that Ozias will have to grow to young manhood before I launch the second book, Ozias, Prince Enthroned. The villains I’ve created–or, let me say, that God gave me–will not easily be parted from their power.

But at least the people of Obann won’t have to rely on an election.