The grinning face of Denver communism. Did you know that “baca” in Japanese means “fool”?

Just as weird Alexandria Ocasio-Cortez has begun to fade into the sunset, another Far Left Crazy “in the vein of Alexandria Ocasio-Cortez” has arrived on the scene–as a newly-elected member of the Denver city council (http://www.theamericanmirror.com/denver-council-member-wins-with-promise-to-impose-communism-by-any-means-necessary/).

This one was elected on her promise to impose communism “by any means necessary”–a phrase also used by a group of violet Antifa look-alikes. She says “capitalism is extractive,” whatever that means, it “doesn’t work,” and “I believe in community ownership of [all] resources.” Her name is Candi (with an “i”) CdeBaca. I wonder what she means by “community.” Probably not what you or I mean by it.

We are now being asked to believe that a big chunk of American women think America ought to be more like Venezuela and communism is good, we ought to have it here. I don’t know who takes these polls, how they decide whom to ask, and whose responses to throw out. I do know that the lunatic fringe of the Democrat Party–which is actually most of the party, these days–is throwing an awful lot of crazy at us, in hopes that some of it will stick.

Can they do to America what Hitler and Tojo couldn’t do with all their armies?

Only if we let them. And God help us if we do. 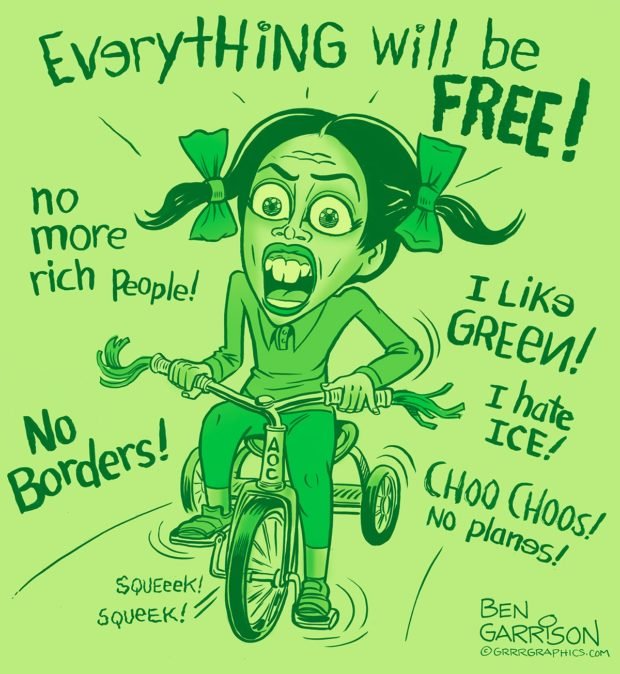