Academics at Cambridge, one of the oldest and most prestigious universities in the English-speaking world, are beginning to have second thoughts about attaching “trigger warnings” to every cotton-pickin’ thing–especially to William Shakespeare’s plays (http://www.foxnews.com/world/2017/10/19/cambridge-university-slammed-over-shakespeare-trigger-warnings.html).

See, the idea is to help students avoid hearing or reading anything that they might possibly find to be at all distressing. Not knowing what traumatic experiences any one of thousands of students might have had way back, while in his/her/xer cradle, and wishing at all costs to spare them any reminders of such unhappy times, they pretty much have to trigger-warning everything.

True, Shakespeare’s plays do feature every kind of mayhem you can think of, great heaping portions of it; but if it’s going to bother you that much, why study Shakespeare at all?

But it’s not just The Bard. Would you believe it? Even law lectures, about crime, are trigger-warninged so that law students don’t ever have to hear about some of the things that criminals actually do.

One might agree, at no cost to his self-respect, that Shakespeare’s Titus Andronicus, featuring rape, murder, mutilation, and cannibalism, is hardly suitable for a dinner theater program. But we are talking about students who grew up playing Zombie Apocalypse all day and watching ‘Game of Thrones’ all night. They might find Titus Andronicus too tame for them.

But then they get to collidge and run around like chickens with their heads cut off because they’ve been taught that they are precious little snowflakes who will melt upon exposure to even the slightest heat. It’s really quite a transformation. I wonder how they do it.

Higher education: making the whole world dumber by the day. 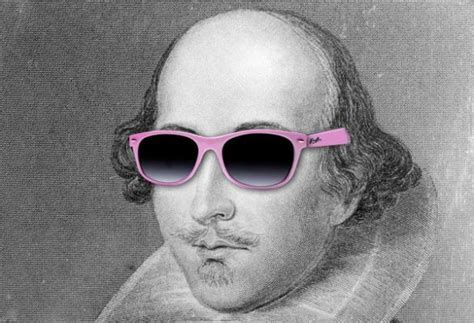 In 1796 the word in London was, “Holy cow! A brand-new Shakespeare play!” Yes, a long-lost play by William Shakespeare, Vortigern and Rowena, was set to open at the newly-expanded Drury Lane Theatre. And everybody knew it was the real thing… because all the experts said so (http://www.smithsonianmag.com/history/to-beor-not-the-greatest-shakespeare-forgery-136201/).

Opening night. By the time Act III roles around, the actors in the play have come to realize that they’re performing a hoax, and a rather clumsy one at that. They play the next two acts for laughs. The audience divides between believers and those who are mighty sore about having been had, and fistfights break out. The theater management has to scuttle all plans for any subsequent performances of this turkey.

But all the experts swore it was the real McCoy. There were some who wondered if Shakespeare might have been 11 years old when he wrote this, or drunk, or impaired in some other way–but even they swore the play was genuine.

In fact, it was a forgery cooked up by 19-year-old William Henry Ireland, whose motive was to show all those people, especially his father, who said he was a dullard. The Smithsonian article will tell you how he did it. And he got tired of trying to keep up the pretense, so he admitted what he’d done–and still there were those who refused to believe the play was a hoax. Mr. Ireland refused to believe his son had the brains to concoct such a scam.

The point is, all the cognoscenti, all the Shakespeare-wallahs who should’ve known better (with only a very few exceptions, who were shouted down), were completely taken in by this. It took a bunch of not-expert actors to tear away the curtain and reveal the humbug behind it.

If the play’s authenticity were being debated today, its defenders would surely be proclaiming, “The science is settled, so shut up!”