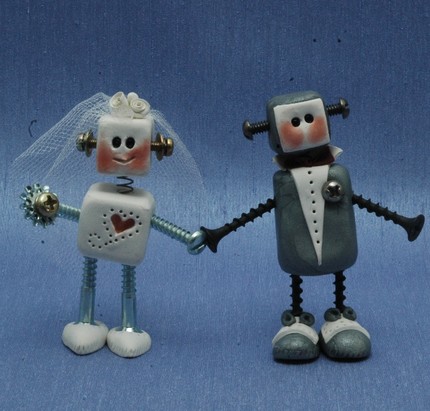 A researcher in the Netherlands has suggested that before this glorious century is out, human beings will be regularly having sex with robots and even marrying robots ( http://www.nbcnews.com/id/21271545/ns/technology_and_science-innovation/t/sex-marriage-robots-it-could-happen/#.VctNKvk0NCM ).

“It may sound a little weird, but it isn’t,” he said. “Love and sex with robots are inevitable.” Marriage to robots will probably first be legalized in Massachusetts, he added. Where else?

Ha, ha, ha, that guy had to go out and so i wil finnish this blog post and show you all what a big dop he is. He forgoten everthing he ever learnt in collidge, he dont remember nothing.

Yuo no me. I am in collidge now tryin to ern my degreee in Gender Studies and becom a ful-flegged interllectural. I am alreddy a interllectural but I want to be a bigger one.

You knouw that guy here was gonna say its wrong to have sex whith a robot and to get maried to a robot becuse he is jist a stopid christin and thats what he alyaws says, stuff lik that. My prefesser he says everbody shuld ouhght to have sex with robots, and also maybbe with a mail box if there is no robbot handy. This is libberation.

Also my prefesser he says the Future is ahead of us and the Passed is behind us. How is that for smart? In The Future everboddy wil have sex whith robotts and if you or the robbot get preganent, yuo can have a bortion. The guvverment wil make the christins pay for all the bortions. That wil fix them.

Meenwile you can get exctra creddit in this clas if yuo can proove you has had sex with somthing thatt is not alive, so now I wil go out and try to do that verry thing. Becuse i am a interllectural.

2 comments on “Sex with Robots–Will It Lead to Marriage?”