It Gets Cold When You Stop Cheating! 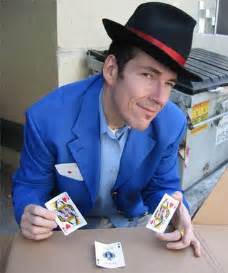 This headline from The Australian quickly caught my eye:

And suddenly it’s about 10 degrees (Centigrade) cooler in Australia.

Gee, why were the readings so high? Because “smart cards”–we’ve told you to beware of that word “smart” when certain people use it–“filter out the coldest readings.” Well, that would do it. The low temperature readings simply “vanish from the record.”

It’s sort of like deleting the outs from your batting average: always makes it go up.

Really–how many times do these people have to be caught lying and cheating before the world catches on?

I have lived in Metuchen, NJ, all my life. I have been married to my wife Patricia since 1977. I am a former newspaper editor and reporter. I was also the owner-operator of my own small business for several years. I wrote various novels and short stories published during 1980s and 1990s. I am a long-time student of judo and Japanese swordsmanship (kenjutsu). I also play chess, basketball, and military and sports simulations. END_OF_DOCUMENT_TOKEN_TO_BE_REPLACED
This entry was posted on Monday, August 7th, 2017 at 11:00 am and tagged with Australia Bureau of Meteorology, Australia's climate change scandal, climate change scam, fake science, global warming hoax, liberals vs. the world, silly science and posted in news, science news. You can follow any responses to this entry through the RSS 2.0 feed.
« New State Holiday in Illinois: Obama Day
Canada’s War on Christianity »

10 responses to “It Gets Cold When You Stop Cheating!”