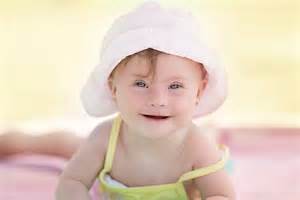 How do you eliminate a genetic condition?

Kill everyone who has it!

That’s what Iceland has been doing to babies with Down’s Syndrome. After expectant mothers get a prenatal screening that’s about 85% accurate, they “avoid” a “problem” by killing any unborn baby that has Down’s Syndrome–with an abortion rate of virtually 100% (https://townhall.com/tipsheet/laurettabrown/2017/08/15/cbs-faces-backlash-for-report-that-iceland-has-virtually-eliminated-down-syndrome-with-abortion-n2368878).

The French physician who invented the screening, his widow says, went to his grave mourning that his discovery should be used this way. In France, the abortion rate for Down’s babies is about 85%.

Why are people who have Down’s Syndrome worthy of being killed? They can talk to us, hold jobs, and love us–in which respects they are far superior to many a college graduate. What do they do to deserve a death penalty imposed in the womb? And just think what the scandal would be, if 15 percent of criminals executed turned out not to be guilty, after all.

God’s judgment will fall heavily on those who make war against the helpless. These babies have a powerful defender, and His justice will not wait forever.

But how many times do we have to say, there’s no one more anti-human than a humanist? O brave new world, that hath such monsters in it!

Remember, O Lord our God: these things are done against our will, without our consent, and over our objections.

6 comments on “A Massacre of Innocents”