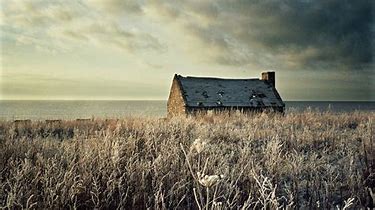 And the daughter of Zion is left as a cottage in a vineyard, as a lodge in a garden of cucumbers, as a besieged city.   –Isaiah 1:8

The Holy Spirit could have given Isaiah a lot more violent, bloody imagery, but instead opted for a hut left all alone in a field of cucumbers. And somehow that’s an image that stays with you.

Isaiah’s prophecies came true for Jerusalem with the Babylonians took it and burned it to the ground.

They will be fulfilled again. A Massacre of Innocents

How do you eliminate a genetic condition?

Kill everyone who has it!

That’s what Iceland has been doing to babies with Down’s Syndrome. After expectant mothers get a prenatal screening that’s about 85% accurate, they “avoid” a “problem” by killing any unborn baby that has Down’s Syndrome–with an abortion rate of virtually 100% (https://townhall.com/tipsheet/laurettabrown/2017/08/15/cbs-faces-backlash-for-report-that-iceland-has-virtually-eliminated-down-syndrome-with-abortion-n2368878).

The French physician who invented the screening, his widow says, went to his grave mourning that his discovery should be used this way. In France, the abortion rate for Down’s babies is about 85%.

Why are people who have Down’s Syndrome worthy of being killed? They can talk to us, hold jobs, and love us–in which respects they are far superior to many a college graduate. What do they do to deserve a death penalty imposed in the womb? And just think what the scandal would be, if 15 percent of criminals executed turned out not to be guilty, after all.

God’s judgment will fall heavily on those who make war against the helpless. These babies have a powerful defender, and His justice will not wait forever.

But how many times do we have to say, there’s no one more anti-human than a humanist? O brave new world, that hath such monsters in it!

Remember, O Lord our God: these things are done against our will, without our consent, and over our objections.

It’s against the law to sell baby parts. Undercover videos have made it clear that Planned Parenthood regularly sells baby parts.

Naturally, nothing has happened to Planned Parenthood, aside from a brief spell of bad publicity. They’ll still be getting half a billion dollars of our money every year.

But the pro-life activists who exposed Planned Parenthood for selling baby parts–well, they’ve been indicted for trying to buy baby parts ( http://www.azcentral.com/story/news/2016/01/25/planned-parenthood-videos-grand-jury-indictment/79318450/ ).

All right, this is a Houston Democrat kangaroo court, defending liberalism for all it’s worth.

Let us pray, nevertheless, that any trial resulting from this indictment blows up sky-high right in Planned Parenthood’s face.

Planned Parenthood in America is a national disgrace, a shame on us in the eyes of a just and mighty God. He will not hold back His wrath forever.

Lord, please remember us, your people: and remember that these things are done without our consent and against our will.

The Baddest Hurricane Ever

So what were they saying yesterday? Remember? “Worst storm in history! Winds at 200 mph! Doom, doom, doom!” And, oh yeah, this–“There must be a Global Climate Treaty before it’s too late!”

What a difference a day makes.

As of this morning, Supercolossal Storm Patricia was downgraded to ordinary bad weather, no big deal, all storm warnings canceled ( http://www.nhc.noaa.gov/text/refresh/MIATCPEP5+shtml/230238.shtml ).

Is it at all possible that the Climate Gang were trying to stampede the public into belief in Global Warming and the imminent extinction of the human race unless we give our leaders fantastic new powers and pay a whopping great carbon tax?

As it is, God’s judgment is coming down on us and we don’t even see it, although it’s all right in front of our eyes. National borders ruptured, crime and chaos as Muslim hordes pour into the West. Marriage redefined, Christians thrown in jail or stripped of their livelihood for refusing to take part in a “gay wedding.” Planned Parenthood caught red-handed selling baby parts, “harvested” with the baby still alive, and Congress able to do nothing but wring its hands and babble about “women’s health.”

One of these days, maybe, there really will be a superstorm and no one will pay attention to the warnings because they’ll think it’s all just hype and scare-mongering like it’s been so many times before.

Oh, how badly do they want their global government, with themselves in charge! What won’t they do to get it! “People, people, you gotta trust us! You gotta let us Save the Planet! Give us all the power, give us all your money…”

Even if we wanted to, how could we give government the power to stop hurricanes? Not to mention earthquakes, droughts, fire and floods.

It is God whose hand forms the hurricane and turns it loose. No matter what we let Gore and Obama and Kerry and the rest of them do to us, no matter how many of our freedoms they devour, no matter how much of our wealth they confiscate, they can’t protect us from God’s judgment.

So this superstorm fizzled out. Global Warming itself fizzled out years ago. The Bad Guys bitterly cling to it as their great white hope of achieving total domination of their fellow human beings.

But the worst problem is that we don’t know God’s judgment when we see it. That’s the part that scares me.

I don’t like to watch videos of the events of this day, 14 years ago. The images make me angry. So do conspiracy theories and the “Let’s forget about it” crowd. Nevertheless, I remember those events and continue to seek their meaning.

Here are some of my reflections.

*God’s judgment can land right on our heads and we still wouldn’t believe in it. We learn nothing. We stop our ears to God’s warnings. We wouldn’t want anyone thinking we were un-hip.

*Who would have ever thought, 14 years after 9/11, that the governments of the West would be competing to see which of them could import the most Muslims?

*Meanwhile, our glorious leaders could find nothing better to do than radically redefine, or just plain overthrow, the definition of marriage, light up our public buildings to celebrate it, and criminalize Christian and other religious beliefs that have remained the same for thousands of years.

*Our government gave a medal to a man who had himself surgically and pharmacologically mutilated so he could say he was a woman. At least we know who our heroes are. Or must I say heroines?

*We have a president whose middle name is Husain, and whose amateurish, community-organizing, make-it-up-as-you-go-along dabbling in foreign policy has caused the Middle East to boil over into the biggest man-made humanitarian crisis since World War II.

*While ISIS is beheading Christians and burning them alive, all captured on videotape, our government obsesses about “Islamophobia.”

*Western Europe would rather be invaded by millions of Muslims all at once, than roll up its sleeves and exterminate ISIS. The West ignores calls from Egypt and Jordan to do that very thing. One cannot explain why they let ISIS continue what it’s doing.

*For as long as we are governed by career politicians advised by self-proclaimed intellectuals and self-promoting Scientific Experts, we will not even begin to find our way out of trouble.