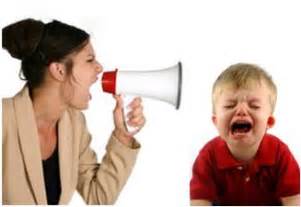 I missed this story, somehow, when it was live. And now there’s no follow-up, so I don’t know how it turned out.

In 2012 and 2013, reaching back into 2010, the hottest thing in British education was a movement to forbid children from having best friends (https://www.thesun.co.uk/archives/news/462185/schools-ban-children-making-best-friends/). This, the educators (ahem!) reasoned, would spare kiddies the pain of breaking up with a best friend later on. Kind of like if you never marry, you’ll never have to go through a divorce. If you never get a job, you’ll never get fired. You have to be a trained education professional to see how brilliant an idea this is.

Well, confound it, I can’t find any recent articles that tell us how this scheme worked out. I mean, just because it totally defies human nature doesn’t mean it’ll fail–right? Why, that might imply that socialism itself could fail!

Five years ago, there were questions being asked about this, even among the educators. A guy from the National Association of Head Teachers said of the policy, “It seems bizarre.” Well, there’s nobody as anti-human as a humanist.

I can’t find anything more recent than that. Did this idea die a natural death, or are they still pumping juice into it, refusing to let it go? I’m very surprised it hasn’t spread across the Atlantic to the United States and Canada: it seems tailor-made for our teachers’ unions. Imagine the rush an educator would get, forcing children to break up with their best friends and forbidding them to have best friends anymore–and laying down the law to the kids’ parents, too. It’d be as big a turn-on as rationing.

Perhaps some reader in the UK can enlighten us, and tell us how it all turned out. If you can, please do!

Update: Thanks to “thewhiterabbit” for this update.

Yes, they’re still doing it: UK schools not allowing kids to have best friends. Little Prince George, four years old, is about to be sentenced to one of these places (http://www.cosmopolitan.com/uk/reports/a12215360/prince-george-school-policy-not-allowed-best-friend/). The whole is idea is so “no one will feel excluded.”

They’ll be putting the kids in chain gangs next.

9 comments on “How Did This Crappy Idea Turn Out?”