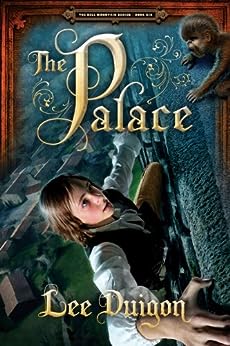 Spring is coming, unless those pesky bankers stop it, and I want to be ready to write when it gets here. But before I can do that, I have to revisit the books I’ve already written.

So first I read The Temptation, which will be No. 11 in the Bell Mountain series when it gets published sometime next year, and assuaged my fears that there might be something wrong with it. It’s a writer thing: we all get cold feet, somewhere along the way to publication.

Having done that, it’s time to get back with Jack and Ellayne and follow them, once again, up Bell Mountain. And maybe soon we’ll have The Silver Trumpet, I have no idea what’s taking it so long to get printed. After that, the other eight books in the series.

I do this to immerse myself in the fantasy world depicted in the books. Before I can write about it any more, I have to see it, hear it, feel it, smell it: because if I can’t, the reader won’t be able to, either.

So why is No. 6, The Palace, serving to illustrate this post?

Mostly because it has only three customer reviews on amazon and has lagged way behind the others. I can’t imagine why. Artist Kirk DouPonce used a real kid to model for Jack climbing up the extremely high wall of the Palace in Obann, and I wouldn’t like that boy to think he did it for nothing. What boy–Jack or the model? Both of ’em, of course. Jack’s human fly act deserves your support!