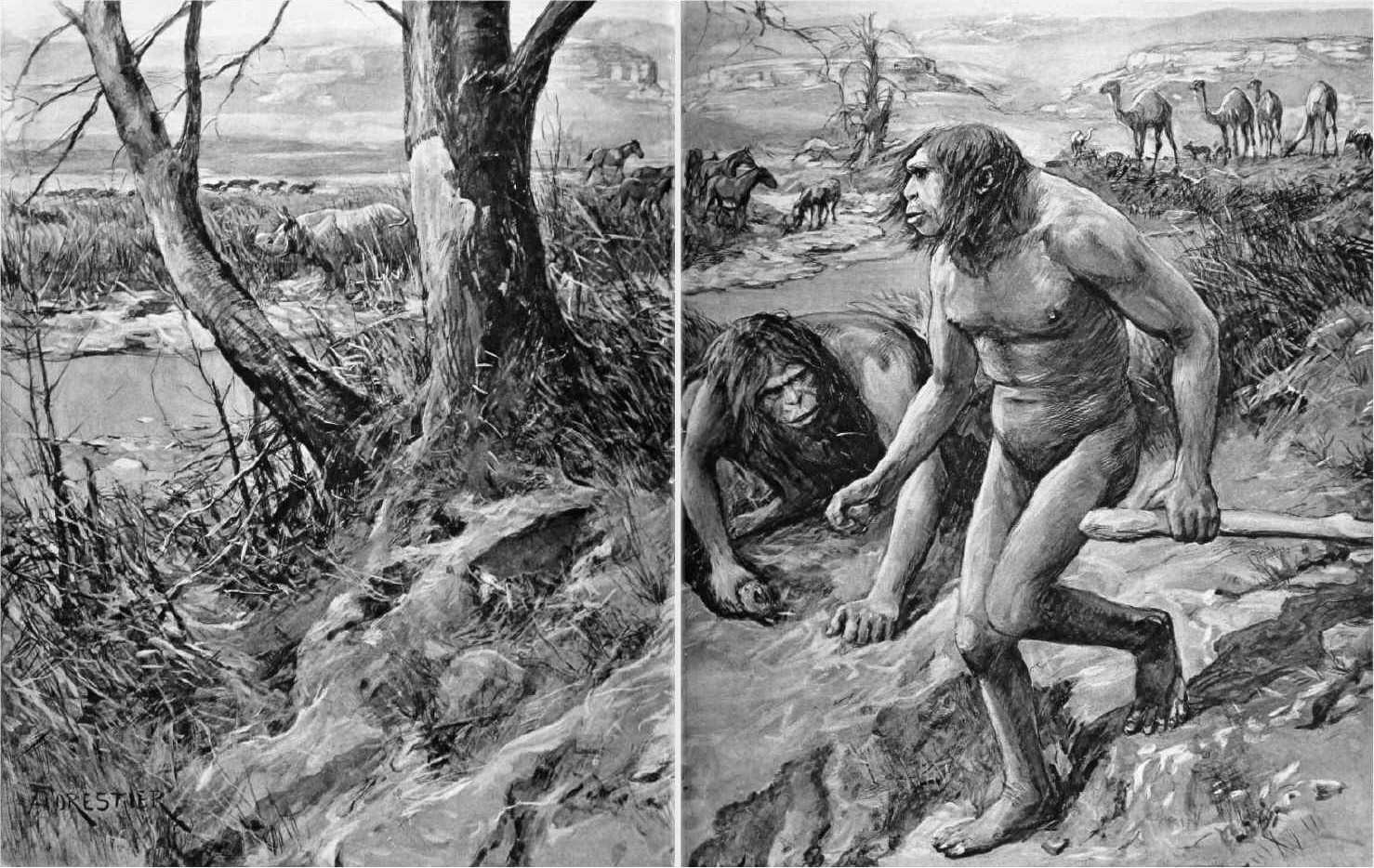 Once upon a time somebody discovered a fossil tooth in Nebraska and sent it to the American Museum of Natural History, where some of America’s greatest paleontologists studied it. Leading the study was Dr. Henry Fairfield Osborn, the museum’s director, with help from two famous scientific heavyweights, Dr. William D. Matthew and Dr. William K. Gregory. Really, these were names to conjure with.

In 1922 the team published the fossil as Hesperopithecus haroldcookii (“Western ape” discovered by Harold Cook) and described it as an “anthropoid ape” on its way to evolving into a human being of some kind.

Meanwhile, work at the site continued and more fossils were found–leading, alas, to the inescapable conclusion that, far from being an ape, Hesperopithecus’ tooth belonged to an extinct species of peccary, a close relative of… the pig. So in 1927 Osborn and his team had to publish a retraction.

I’m not writing this to make fun of men who were great pioneers in their field, but only to show how extremely wrong scientists can be when they really put their minds to it. It wasn’t the first time or the last that Professor Osborn would be wrong. He faced up to his mistake and kept on working. At least he didn’t write a book on Nebraska Man and tour the country with it.

Today it’s a certainty that some of the things we’re being told by scientists are just as far out in left field as poor Nebraska Man ever was: Man-Made Climbit Change springs to mind. And we can only speculate as to how far astray Osborn & Co. were led by their evolutionary mind-set.

But gee, they even had a picture of it–!