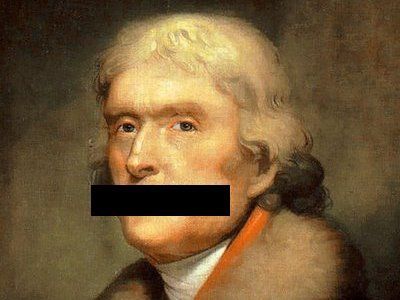 A small-town newspaper was posting the Declaration of Independence, piece by piece, a day at a time, until Facebook scrubbed the last post–which was the Declaration’s charges against King George III, which included the charge of inciting “merciless Indian savages” of making war on Colonial civilians–quite a sore point in 1776.

Facebook’s censorship was executed by its computer algorithms, an exercise in Artificial Mindlessness. The robots couldn’t appreciate the historical context of Thomas Jefferson’s statement.

The robots have the excuse of being mindless. Liberals, who say such things on purpose, don’t. If I only had a nickel for every leftid who called the Declaration of Independence “hate speech,” I could buy Facebook and adjust its attitude.

They can’t even sort of like America on the Fourth of July.

Just another bit of that Great Blue Wave that’s supposed to sweep these anti-American schmendricks back into power in November.