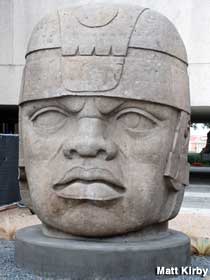 Civilizations rise and fall, but bad ideas go on forever.

If only our infallible Science could get together with an all-powerful government, we’d be living in a paradise!

Some really bad ideas just never dry up and blow away.

It was twaddle in the 1840s, it killed off tens of millions of people in the 20th century, and it’s still floating around today. Only now they’re calling it “Democratic socialism.”

I have lived in Metuchen, NJ, all my life. I have been married to my wife Patricia since 1977. I am a former newspaper editor and reporter. I was also the owner-operator of my own small business for several years. I wrote various novels and short stories published during 1980s and 1990s. I am a long-time student of judo and Japanese swordsmanship (kenjutsu). I also play chess, basketball, and military and sports simulations. END_OF_DOCUMENT_TOKEN_TO_BE_REPLACED
This entry was posted on Thursday, August 16th, 2018 at 11:00 am and tagged with anti-human humanism, government gone wild, liberal tyranny, liberals vs. the world, science and government, science has all the answers and posted in history. You can follow any responses to this entry through the RSS 2.0 feed.
« By Request, ‘I Know God Put ‘Em There’
Kids Succumb to Peer Pressure… from Robots »