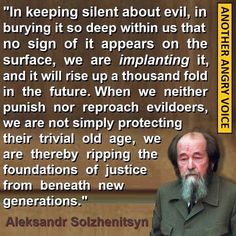 Alexander Solzhenitsyn, author of The Gulag Archipelago, is spinning in his grave.

As part of their feud with feminists, “transgender rights campaigners”–a euphemism for seriously disturbed college students–at Goldsmith Looniversity, London, have argued that the infamous Soviet gulags were really nice places for “education” and “rehabilitation” (https://www.telegraph.co.uk/news/2018/09/11/soviet-labour-camps-compassionate-educational-institutions-say/). Not forced labor concentration camps in Siberia.

Feminists resented screwed-up males trying to hijack women’s privileges by claiming themselves to be women. Well, that got the trannies going, and one of them tweeted that  the objecting feminists ought to be sent to a gulag for “re-education.” And that got the feminists going.

In support of their recommendation to send those who disagree with them to the gulag–there aren’t any gulags, yet, in Britain: but give it time–the trannies, er, “defended” their preposterous comments. Like so:

“The ideas of TERFS–” I don’t know what a TERF is, and I prefer to leave it that way for as long as possible–“and anti-trans bigots literally kill and ought to be eradicated through re-education.” And “Sending a bigot to one [a gulag] is actually a compassionate non-violent course of action.”

No, there wasn’t any violence at the gulags! Just a lot of classroom time, partying, cross-country skiing in that bracing Siberian winter, and maybe some amateur theatrics. Sort of a summer camp for adults, plus unendurable cold. Oh, and the food was really good, too!

Go ahead, build a bunch of gulags and send your rivals there; and then, once they get into power, they can send you there. Plenty of relaxing gulag time for all.

It is probably unnecessary to comment further on the deranged wickedness that now constitutes a college education.