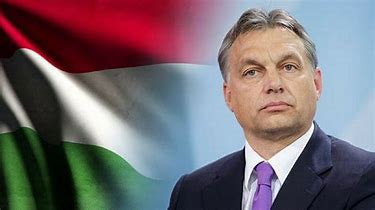 What? No more funds for Gender Studies? You’ve got to be kidding!

You’ve got to give the Far Left Crazy credit: owning the media, they don’t let it sit unused. They use it each and every day, to try to lure normal people into folly.

Today I couldn’t run a search without getting, on the Bing search page, a come-on for an article with the bloviating title, Viktor Orban’s War on the Intellect, from the Far Left Crazy rag, The Atlantic.

The author’s hysteria was showing: “Like Pol Pot or Josef Stalin–” oh, please–“Orban dreams of liquidating the intelligentsia…”

How, just how, was Orban, the president of Hungry, going to do that?

Why, by withdrawing public funds from universities! By refusing to pay for any more Gender Studies degree programs! That’s how he’s gonna be “liquidating the intelligentsia.” Not a dry eye in the house…

Where is it written that any country has to lavish public funding upon a whole class of academic nonentities whose only function is to serve as a Greek chorus of yes-men to the Far Left Crazy? In our country, that would be the Democrat Party. In Europe, assorted globalists. Same thing. And putting a stop to the gravy train is the same as “liquidating” them?

But see, Orban is the bad guy and his efforts to stop wasting money on the universities is only the latest manifestation of the world-wide struggle between “human rights” and “nationalism.” What bunk. This is a fine example of a false dichotomy. Dude, you has to choose! You can have either human rights, or your own country–not both. Only a bunch of college professors would think we couldn’t see through that. But sane people know that having their own countries is protection against the kind of incredible tyranny that would accompany any global government. The dichotomy is not only false, but has an evil intent.

The author laments President Orban’s effort to “chase” Central European University out of Hungary. It’s a private university owned and operated by rent-a-riot king George Soros–the Jabba the Hutt of globalism. The villain who wants to “remake” nations according to his own authoritarian dreams. Our nation, too–big-time. But we are here asked to believe that President Orban is the bad guy and Soros, that spider, the good guy. It is profoundly insulting, to be asked such a thing.

What Orban is doing in Hungary would be a very, very good thing to be doing here! He is pulling public money out of universities. We ought to do the same!

Do these self-anointed fat-heads honestly think we can’t do without them? Let them put whatever they think they have to offer on the open market, and see who buys it.

3 comments on “What a Load of Crap”