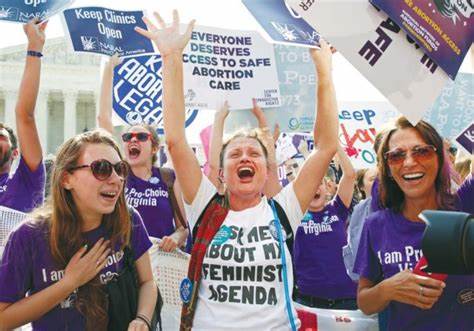 Clap your hands and cheer for abortion!

Don’t ever let a Democrat get away with denying that his party loves abortion. Killing babies is a sacrament of leftism.

It’s only recently that the mask has slid off, as states under Democrat control, one by one, attempt to institute “live birth abortion,” a progressive euphemism for premeditated murder.

This is a moral and spiritual pollution of our nation.

I have lived in Metuchen, NJ, all my life. I have been married to my wife Patricia since 1977. I am a former newspaper editor and reporter. I was also the owner-operator of my own small business for several years. I wrote various novels and short stories published during 1980s and 1990s. I am a long-time student of judo and Japanese swordsmanship (kenjutsu). I also play chess, basketball, and military and sports simulations. END_OF_DOCUMENT_TOKEN_TO_BE_REPLACED
This entry was posted on Friday, May 17th, 2019 at 8:09 am and tagged with abortion as a sacrament of humanism, academic pinheads, anti-human humanists, Dems hate America, leftism kills, liberals love abortion, liberals vs. the human race and posted in news, Pop Culture. You can follow any responses to this entry through the RSS 2.0 feed.
« ‘Jesus Saves’
Chicoms and Hollywood: Perfect Together »