You Can Help Me Write an Article on Censorship 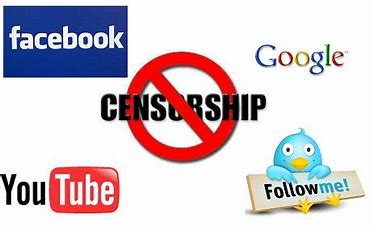 Chalcedon has asked me to write a major article on how the social media are censoring and banning Christians and conservatives–in part because they’ve attacked us, too, and are running around calling us a “hate group.” And of course they would like to cut off all conservative voices from the national conversation in time for next year’s national elections.

I know that several of you, dear readers, have been banned, shadow-banned, or censored by assorted social media. If you would describe your experiences, I’d love to use them in the article–protecting your identities, of course. My point will be that it’s not just Christian ministries, pro-family groups, and prominent conservatives who are being censored, but also peaceful, law-abiding, ordinary people. Like us!

So come on, help me out–the more information you give me, the better. It will all be put to good use!

I have lived in Metuchen, NJ, all my life. I have been married to my wife Patricia since 1977. I am a former newspaper editor and reporter. I was also the owner-operator of my own small business for several years. I wrote various novels and short stories published during 1980s and 1990s. I am a long-time student of judo and Japanese swordsmanship (kenjutsu). I also play chess, basketball, and military and sports simulations. END_OF_DOCUMENT_TOKEN_TO_BE_REPLACED
This entry was posted on Thursday, June 13th, 2019 at 11:01 am and tagged with a message to my readers, chalcedon foundation, current events, reader response, social media censorship, www.chalcedon.edu and posted in news. You can follow any responses to this entry through the RSS 2.0 feed.
« Now You See ’em, Now You Don’t
And Here Comes Another Commie »